An ancestral celebration that claims the barter of the ancient inhabitants of the Jujeña Puna. Everything you need to know about the Manka Fiesta. 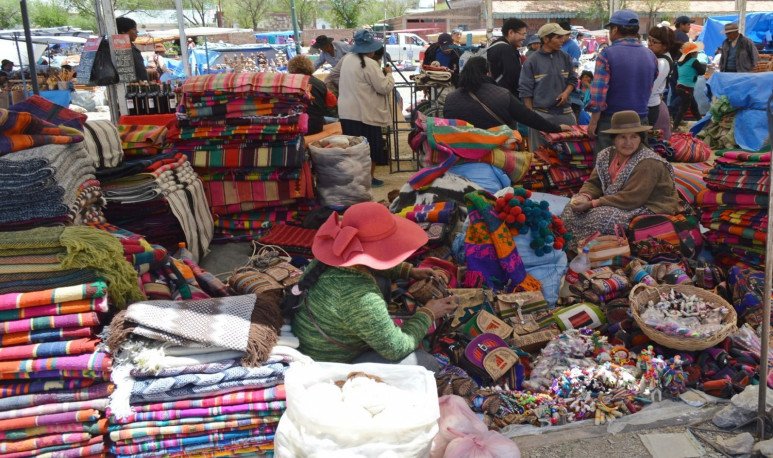 La  Manka Fiesta , also known as  Fiesta  de la Olla, is a  native celebration held every year in the city of La Quiaca, Jujuy. This is  one of the oldest and most traditional encounters held by the inhabitants of Jujeño  since before the arrival of the Spaniards. During this event  , fair traders from all over the province emulate the traditional barter  of products, but with a strong expectation of meeting.

It takes place during October from the third Saturday until the last day of the month.   Artisans , potters, spinners, goldsmiths, microproducers and lutiers participate.  In this  important cultural event  there is an exchange of various articles of artisan production and elaboration. There are also people from the Bolivian highlands, who load their pots, cooked clay dishes, woven with llama wool, even piglets of clay. In addition, the Fiesta  has a varied gastronomic offer where  regional food abounds.

The Manka Fiesta finds its origins in times prior to Inca domination in the 15th century. It is considered  the oldest Andean Fair in Argentina  and is one of the mercantile circuits that connects the north of Jujeño with the south of Bolivia. Over the years, the celebration changed and, where exchange was previously given great importance as a means of subsistence, today it is related to entertainment and cultural heritage.

The profit is poor, but the fun is rich

La Manka Fiesta is one of the most important in the cultural calendar of La Quiaca,  representing the history and way of life of the ancient dwellings of La Puna.  It owes its name to  the clay pots that are the main attraction of the event and also those that make up most of the exchange. From the worldview of the  Native Peoples,  the pot carries a deep meaning that implies the containment of many things, good or bad. In past times, indigenous ancestors were buried in a pot so it also becomes a spiritual object.

Barter is enriched by family farmers who arrive with their merchandise to market their crops. The trades are located according to the category and, once the participants are ready, the traditional “Chaya” is performed , an ancestral ritual in which a year of prosperity is called for for for harvests and ventures. Although  little is sold and much is trickled, the spirit of the event aims to  vindicate the customs and traditions of the indigenous peoples.

In addition to products and good food, you also sound the quenas and you hear one after the other. The ordered basins become a rip at the hands of those who walk, eat and watch. The Festival takes colour, unites customs of past times with current, reinforces the ancestral legacy and  sustains itself over time thanks to the efforts of those who attend without seeking economic income  but identity.

In its 2020 edition, the Manka Fiesta was suspended due to the pandemic. The decision was taken by the provincial authorities who consider it necessary to avoid agglomerations and to take care of the fragile health of the population of La Quiaca and the surrounding communes. However, it was announced that  alternatives will be sought to protect the economies of artisans and producers in the region . This is the first time since the beginning that the Festival of the Olla has not been held.