Today we want to tell you the traditions of the Argentine Intangible Cultural Heritage that have been relieved in the province of Jujuy. 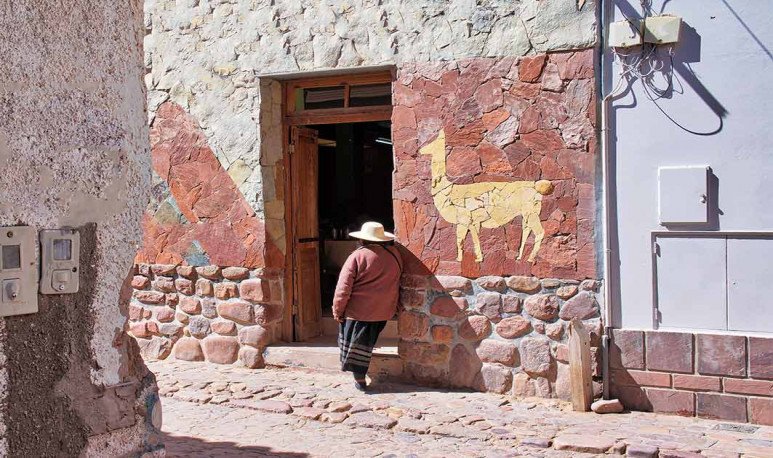 The  Ministry of Culture of the Nation  has been carrying out, for some time, the survey of the Argentine Intangible Cultural Heritage. It is a tool to gather and share information about cultural manifestations that form part of the identity of communities in Argentina. Traditional ways of doing, naming, producing or celebrating that continue to be practiced, which are passed on to the new generations and contribute to strengthening collective ties. Today we want to tell you the ones that have been relieved so far in the province of  Jujuy .

Great Festival of the Guarani Nation in the provinces of Jujuy and  Salta , which is currently celebrated on the dates of  Carnival . It is a celebration that claims Ñande Reko or unity and respect for the People. It is a reunion with the ancestors, with whom kawi (sacred and ceremonial drink) is shared, various dances are performed in round and masks are used. Its realization coincides with the time when the abati (corn) ripens.

Day of the Dead Saints

Commemoration that families make to deceased relatives every November 1. It begins with the invocation of their souls in the cemetery and are invited to approach their houses, where relatives and neighbors await them with the offerings arranged in a specially decorated room with their favorite meals and drinks, coca, cigarettes and breads shaped pigeons, wreaths, stairs, dolls, etc. open throughout the day to neighbors, friends and family. The next day the soul says goodbye and the table rises, distributing the offerings among those present.

Groups of  women  and girls who accompany on Good Friday, with songs and sobs, the reading of the Holy Scriptures in the town of Yavi, fulfilling the religious precepts of the Catholic Church. Doctrines are moved from neighboring villages to participate in the celebration. Girls from the age of 12 are prepared by teachers who at some point were also part of the practice.

The devotion to the patroness of workers, miners and women in childbirth is deeply rooted throughout the province of Jujuy. Every 26 July, to honor the Santa, fairs are installed where miniature cities under the name “Republic of Santa Anita” are built and different institutions are reproduced (e.g. civil registry, church, bank, police). Visitors exchange real money at the Santa Anita Bank for miniature money to buy food, sweets, dough and all kinds of small items. The activities are carried out in a fun climate throughout the day.

La Manca Fiesta or “Fiesta de las pots” is one of the oldest gatherings of the inhabitants of the puna jujeña. In October and for several days, hundreds of trade fair people from all regions of the province and south of Bolivia gather in Quiaca to barter their products with the possibility of accessing those who do not produce locally. During the Fiesta, in addition to “trocar”, you can also buy.

This is a carnival group that began in  1983 . Today it forms a Civil Association that focuses its activities on Easter Lent, Carnival Grande and Carnival Chico. They include Thursdays of compadres/comadres, Diablo's Dig's Dig, Invitations, Chaya Tuesday, Ash Wednesday, Temptations Sunday, and Devil's Burial. It is an open comparsa that welcomes anyone who wants to participate, even if she is not born in  Jujuy .

Its members play different roles: the musicians, who represent the Devils, who make traditional costumes, the president, the commission, and the godparents of mojón, flag, devil, mixtura, talc and pyrotechnics. Being part of the comparsa helps to reaffirm the cultural identity of the people who inhabit the region, and gives visibility to the indigenous roots present at the carnival celebrations, the Collasuyo people. It is celebrated, it is appreciated, it is a moment of harmony and friendship with the Pachamama and everyone involved.

The celebration begins in the advent time, before Christmas and extends until after  Kings . In this period, large groups of boys and girls in uniform clothing walk the streets with guides and family members to worship with songs, music and dances choreographed the image of the “Niño Dios”, in cribs from different parts of the city. Some of these adorations are accompanied by the “braiding dance” or the “dance of the ribbons”, in which boys and girls dance around a mast braiding colorful ribbons while singing carols.

Bullfighting in honor of the Virgin of the Assumption

Bullfighting festival held on August 15 each year in the town of Casabindo, department Cochinoca. At the celebration the bull is not hurt because you only have to remove a headband from the antlers, bow or ribbon with silver coins, and then offer it to the Virgin. It begins with a mass, and then the procession takes place with the image of the Virgin in which Samilantes (dancers) and music bands walk the streets of the village. In the evening there is a rock with bands of sikuris.

Celebration of the Virgin of Copacabana that has more than a century and a half of history in Jujuy, and is held every year during the week prior to Holy Week. Pilgrimages depart from Tumbaya, Tunalito or Tilcara on different roads of high degree of difficulty, reaching more than 3500 meters above sea level, and go to two shrines of the same name, one in the place called Punta Corral, in the Department of Tumbaya, and the other in the Abra, Department of Tilcara. Thousands of faithful from all over the province and from other regions of the country participate, accompanied by sikuris bands.