The Festival will take place from 8 to 10 March. 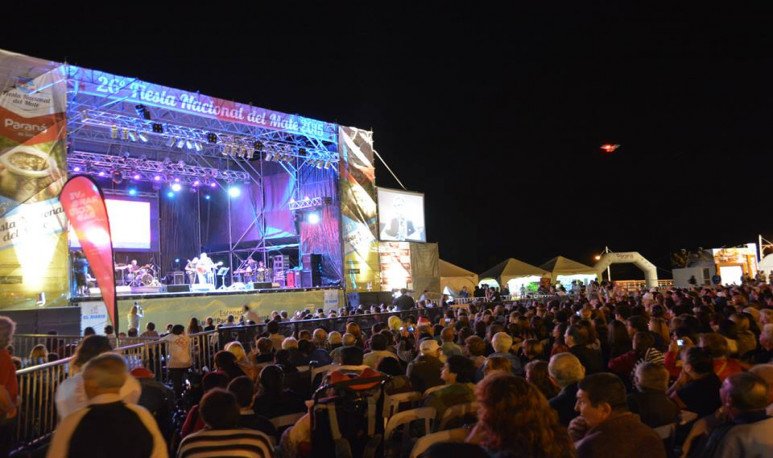 The singer Jairo and Los Totora joined Ráfaga, Los Tekis and Los Caligaris as main artists who will perform at the XXX National Festival of Mate from 8 to 10 March in Paraná, Entre Rios, reported the local Ministry of Culture.
The Princes, Monchito Merlo, Zamba Quipildor, Potro Malambo, Indio Lucio Rojas and Sergio Galleguillo will also be presented, among others, with their backs to the Paraná River on the Luis Pacha Rodríguez stage, in the waterfront area of Parque Urquiza.
The event, free and free admission, will nourish the nights of the second weekend of March with renowned local, provincial and national artists, said the secretary of culture and mother of the mayor, Magda Mastaglia de Varisco.
“ We want it to be a city party and for that we are preparing, management prioritized that it has no cost,” explained Varisco.
During the three days, the Fiesta will have stand and shopping galleries for products related to mate, artisans and microentrepreneurs fairs, gastronomy, institutional, community and cultural areas, among other proposals.
The first schedules published by the Secretariat placed on the first night, on Friday 8 March, the choir of the City and the Municipal Ballet, Yamila Cafrune, Monchito Merlo and the closing of Los Tekis.
On Saturday 9th, Los Principes, Zamba Quipildor, Sergio Galleguillo and Caligaris will take the stage at the end of the night.
Finally, to close the thirtieth edition of the holiday, the opening will be with the Entre Rios Police Band and the closing with Ráfaga.They
also stressed that the grid “is not yet closed” and “there will be numerous local artists”, plus the winners of the Pre Mate 2019 contest.
The winners will be presented and performed folklore shows in all their expressions including tango, individually and group; and dance in pairs, also in all their expressions.
On the other hand, donations will be received for the local San Martín Hospital, mainly disposable diapers for adults and personal hygiene items.