Home Argentine Traditions In the north of Santafesino, the year starts to pure festival

There are three must-see festivals that this region offers in January. The Festival of the Coast, the Dance of the Country and the festival Nuestro Canto. 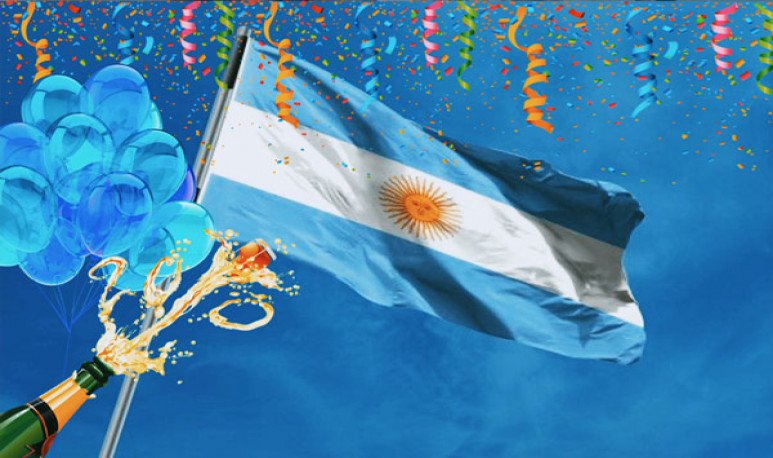 In the  north  of the province of Santa Fe, January is “the month” of the holidays.  There are many world-class mega-encounters throughout the region . In this note we will present you with three representative goods, but we will follow it in other deliveries. To get ready to enjoy a festival in Santafesino, we will introduce you in three proposals: The Festival of the Coast, the Dance of the Field and the Festival Nuestro Canto.

Starting from Rosario, one of the last points that  cross  the famous National Route No. 11 is the  coastal town of Las Toscas. About 5 kilometers to the east of the village, a very complete tourist complex appears next to the Arroyo . It is the hunting and fishing club Pato Cuá. In addition to everything that this space offers to tourists, in January a very particular attraction is added. There is a big meeting called La Fiesta de la Costa.

Organized by the Secretariat of Culture of Las Toscas, it is a festival that starts in the afternoon, with tropical ensembles that make people dance until late hours . Visitors come  from Santa Fe, Chaco (due to the proximity) and  from many parts of the country  . The event is always closed with the participation of some famous artist or ensemble at the national level.

It usually takes place on Sunday days. People arrive massively from noon, although many times, from Friday several tents are set up for young people from different places camping on the premises. Although there is no method to calculate exactly the number of people present, since tickets are not issued for admission, the head of security of the property, according to the area occupied by the attendees, calculates a certain number of people per square meter. So, at the coast festival,  there can be more than 15 thousand people . This is very significant in a village of only ten thousand inhabitants.

Another important city in the north of Santa Fe is Avellaneda. There, in the middle of the  rural  area, a very traditional festival is organized every year. It is the Campo Dance, with which you  can celebrate the anniversary of the town.

The two main attractions of this event are roast eating and folklore dancing. A very Argentinean combination.  The menu includes stake roast, empanadas, choripans, desserts and drinks.  Folk groups are mainly chamamé. The idea is to  dance all night the indigenous rhythms of the Argentinian interior.

More than two thousand people participated in the last editions. A special feature of this festival is that it is usually visited by a rather older audience.

Moussy is a rural village so small that it depends administratively on Avellaneda. It is that this beautiful point in the north of  Santafesino barely passes the 500 inhabitants.However, every year it hosts thousands of people in a world-class event . This is the Festival Nuestro Canto. It resembles the Country Dance in the combination of attractions. Roast is also eaten here. And a lot. In one of the last editions they ate 1500 kilos of meat. The difference is that, rather than dancing, people are going to enjoy musical shows. Renowned artists are invited to take advantage of the stage and audiovisual display to provide memorable shows.

In next notes,  we will tell  you more about the many festivals and traditional gatherings that exist in the interior of Santa Fe during the month of January.