Student Day is celebrated throughout the country. But this missing school thing, getting together in a square and doing nothing is very Mendoza. 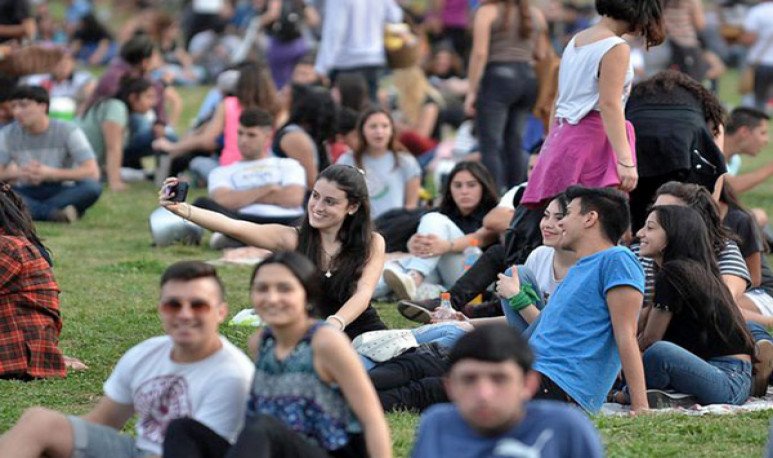 On 21 September, the Student Day is celebrated throughout the  country . But, for us Mendoza,  this is a Mendoza tradition that spread throughout Argentina . The practice of skipping school, or playing a rat, getting together in a central square and looking at each other's faces, believing us alive, is from Mendoza.

So entrenched are the celebration and honors towards students that we have even called a  “student show” a group of people of high school age who wander through life without too much pretension, waiting for the weekend to meet friends, have drinks and drink.iacute; r laughs of the most stupid jokes.

But the student show becomes more farandulous even when it comes on September 21, its day.  For decades,  schools have organized events, shows and attractions, resigned to teach classes in these days. But, still, half of the students are missing.  That's the grace. Some warn in their homes, directly, to poto pelao: “I'm not going to school, pa. I'm going with the boys to the park.”

Others decide to “take the risk” and play the fugitive.  They reach the school door, take two or three steps inward (in case their parents take them), and as soon as the car left, they run backwards and meet the rest of their friends in the corner.  But what an adrenaline!

The day has its corollary at the meeting point. In a  park  or in a square, the boys smoke their first cigarettes, someone plays music on their cell phone and have a beer or soda. That's student show business.

Student Day is, for the people of Mendoza, a true popular tradition. Remember that Mendoza was one of the first to celebrate this day in the country.

In 1919, hundreds of students gathered in San Martín Park to perform a flower corso and celebrate their day. In the evening, students from several schools organized a colorful event; they named it “Student Showcase”. In that “baptism” advanced a large number of young people dressed up in various carts, adorned with different allegories.A large number of people followed the parade, many of them without imagining that it would be the first of a tradition that would continue to this day.

Of course, to this day, as explained, the subject of the flower corso and allegorical chariots has been abandoned. But the same expectation and excitement is maintained for each coming September 21. “I prefer you to let me know if you're not going to school, to be more calm,” a mother tells her son. But this one prefers not to warn you, that is the grace, that  parents  think their children are in school.