Home Argentine Traditions In Federal there is no February without chamamé

The National Chamamé Festival held every year in the town entrerriana is the most anticipated event by locals. 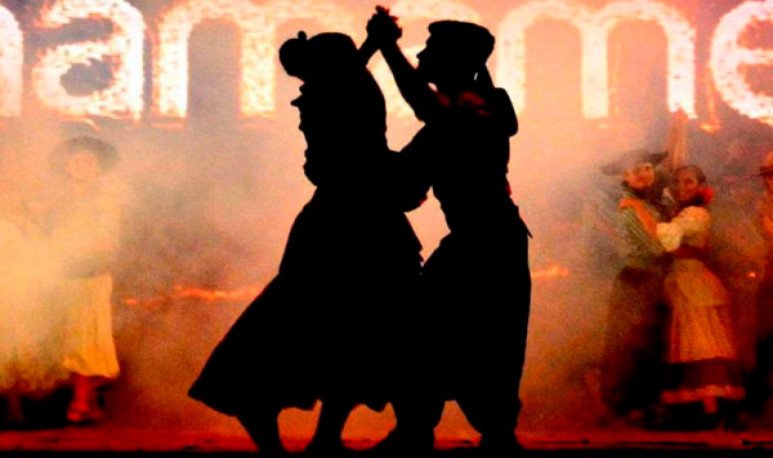 Every   month of february   , the Pancho Ramirez amphitheatre   summons a large crowd that gathers to celebrate tradition and artistic manifestations   . The   main protagonist   of the nights that the party lasts   is the   chamame     , our most recent   Intangible Heritage of Humanity   . In this way, music, with the   melodies   of renowned national artists, invade the stage “Ernesto Montiel” and fill the community with joy. Although there is also room for dance, singing and a village program of activities that promise not to give rise to boredom.   With a trajectory dating back to 1976, the city of Federal offers an event that attracts new audiences and reconquest the faithful   .

Inside the property, visitors can enjoy a   amazing artisans fair   , which expose manual works. Likewise, it is possible   taste varied regional menus   , such as roast, choripanes and fried cakes, to name a few. At the same time, the National Final of the “New Values” Contest takes place, tributes are made and the Bronze Cachencho is delivered. Without leaving aside   shows led by great figures from the   folklore     that freaks fans of the chamamecero genre crazy.

However, the holiday not only invites you to sit and enjoy the music. On the contrary, it has several attractions that even start weeks before. Such is the case with   popular dancelantas   which anticipate the spirit of the event beforehand. Another of them is the   Chamamé International Athletic Competition   , involving athletes from national and neighbouring countries. In turn, workshops and talks about the coastal rhythm are given because you can always learn a little more about its secrets.

What a fantastic party

During 1976, the province of Entre Ríos began to have festivals in all its corners and Federalenses always participated with enthusiasm. For the arrival of November, the Federal Colonia received the magical presence of the accordion and the voice of the great Tarragó Ros. In that same dance where music took the prominence they met   René Mazzuco, Chirino Insarrualde and German Weitemeir   , among other characters.   They were the ones who carried out the initiative to form the first commission, which was supported by the municipal government in turn. Then, with the approval of the authorities, the first chamamé festival of the north entrerriano was launched   .

However, months before the longed encounter happened, the Chamamecera community suffered a terrible loss. That was when the night of December 6 passed away   Don Ernesto Montiel   The lord of the accordion. From there, the city took its melodies as a flag and decided that the main stage of the celebration should bear its name. The first edition took place in the facilities of the Club Social y Deportivo Talleres and had unforgettable presentations. Among the artists that marked the beginning were Mario Millán Medina, Tarragó Ros, Linares Cardozo, Raúl Barboza and Los Hermanos Gigena.

In   the beginnings   of the festival, a Paranaense cartoonist called   Abel “chirino” Insarrualde   embodied a   caricature that turned into a flagship   . It was about   the image of a countryman in the area   . The illustration went to   accompany the festival's promotions on a permanent basis   to the present day. He even came to life when in 1981, in the sixth edition, a doll the size of a man appeared. He appeared on stage dressed in bombacha bataraza, red shirt, espadrilles and a verdulera. And it's not that he stood still, but he played   chamame   by mechanical movements. That night he was baptized Cachencho, and suddenly a legend was born.