Home Argentine Traditions If you want a citrus, go to Concordia

The entrerriana town of Concordia is so famous for its citrus activity that it has a party where juice is not going to miss. 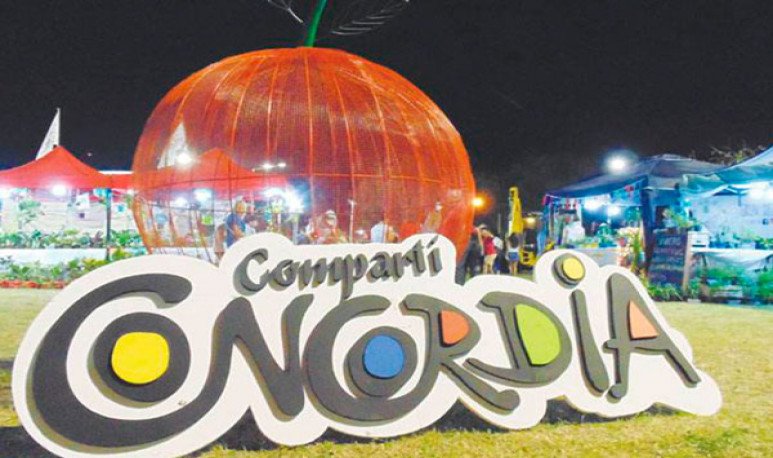 National Capital of Citriculture , what a level! A medal that is not for anyone, but it is for  Concordia . Year by year, a  celebration  is held that exhibits the  importance of  the  native citrus sector  . There,  artists, producers and audiences  from both the city and the rest of the provinces  meet  to throw  tangerines  on the roof. It is an opportunity for locals to commemorate their  history  and establish where they intend to head. In addition, fundamental tools are provided so that the industry can continue to grow prosperously as it is doing.

Between ups and downs, but always celebrating

By the  mid-1960s  , the department was already looking at the whole country, because of the  relevance  it had in terms of the  production and marketing  of the  citrus . Therefore, in  1966 , the first  National Festival of Citriculture took place on its floor. The event was  organized  since its inception by the  Association of Citriculturists  representing all producers in Concordiense. Although not everything was always in a straight line. In fact, there were  periods  when the sector  went through crises  that prevented the regularity of the celebration. But the situation could  be reversed  from  1980  onwards.

Thereafter, the increase in planted areas generated greater harvests thanks to the demand of European countries. Therefore, already by the  beginning of 1990  production  gained consolidation  and the holiday was able to achieve its continuity. Even during the years that followed him, the level of call was growing more and more. To the point where  80,000 people were registered in  mid-2000 . At the same time, the quality and level of artists and shows provided became proportional to the exponential takeoff it was developing.

And wow that bore fruit

The event takes place at the  Concordia Trade Fair  and is recognized as  Expo Citrus  . Lurking around the place, we can find the general public, producers, technicians, harvesters and packers.  Cycles of talks and forums linked to central issues in the  sector are also planned throughout its duration. The  speakers  who lead the activities are  representatives of public and private institutions  . These cover  topics  such as the adoption of irrigation systems, foreign trade, citrus reconversion and associativism.

Of course there is also room for  fun and entertainment . In this sense, during the evenings and evenings the  party  is explicitly dedicated to the  social and     cultural . It does this through  different proposals  that include  recitals and artistic shows  . For starters, the children's classical dance ballet of the Institute of Art and Movement and the local folk ballet bring the movement. Then, the stage leaves room for music to vibrate the floor. Some of the prominent characters who achieved it were Patricia Sosa, Los Caligaris, Los Alonsitos and Memphis La Blusera.

And what is the most anticipated moment?  The election of the queen.  Unshakable tradition . All applicants, which can be from Concordia or other parts of the region,  parade in vintage cars  throughout the city. With a waste of sympathy and greeting the population, they look before the jurors in search of  consecration . And thus,  reign in the land of citrus .