Home Argentine Traditions If someone goes to work, they tremble

It is the premise of the Day of the Saint Patron Saint James, the saint of the Mendoza. Anyway, that day is a holiday and no one goes to work. 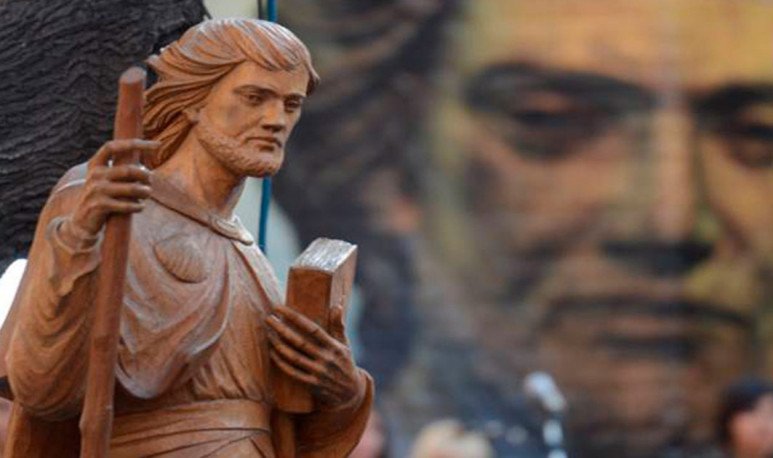 The  25th of July is celebrated throughout the province of Mendoza the Day of the Holy Patron Saint James the Apostle.It is a local tradition, as it is considered the saint of the  Mendocins .  The day has been declared a provincial holiday and, instead of going to work, people attend events organized for that purpose, or people gather and celebrate as a family.

Their relationship with tremors

To explain this, we must first of all clarify that  Mendoza is a seismic zone in itself, but that, in addition, it is very close to Chile . That country occupies a seismic place par excellence within the planisferio and, every time it moves, makes Mendoza wobble. On average, from the experience of the writer, here we have to endure a tremor of 4 degrees Richter per year. And so many smaller ones.

Once this has been clarified, we must say that July 25 is the Day of St. James the Apostle, the Patron of Mendoza . The popular myth says it trembles  if people go to work on that date . Although there are no certainties as to the origin of the tradition , the truth is that the disciple of Jesus was always pointed out as protector of tremors in the province.

Worldwide, the person in charge of interceding before the earthquakes is Santo Domingo , whose holiday is May 13, in memory of the violent earthquake that struck Santiago de Chile and where the bishop and secretary miraculously saved their lives.

Mendoza was founded by Pedro del Castillo in 1561, but it was in 1575 that the minutes of July 24 explicitly mentions the Apostle when he mentioned Santiago the Apostle as:  “Patron of Spain and who this City has as Patrón and Lawyer” . In the same act, reference is made to the ceremony of the walk of the banner during the two days. From the above date, the subsequent documentation testifies to the annual reiteration of this ceremony as a definitive celebration.

Several centuries later, by Provincial Law 4,081 , in 1976, a provincial holiday was declared on July 25 in homage to the Saint Patron Saint Santiago.

So, every July 25th, as a holiday, people don't go to work. On the contrary, traditionally, the people of Mendoza accompany the image of the patron saint in a procession through the streets of the microcenter.

Since the 1950s,  an important turf race takes place, year after year, at the   Mendoza racecourse . However, starting with the declaration of July 25 as a holiday, the two events were joined together. Thus, the Classic Saint Patron Saint James takes place every July 25th before the expectant gaze of friends and families attending the race.

Like any  turf race, it  's two minutes of intensity and pure adrenaline. In the blink of an eye, the riders have already traveled the little more than 2 kilometers and the bettors already know their fate.

The ritual of the roast

When miracles are worth

An institution full of history

The year of Belgrano