Home Argentine Traditions How nice it is to be on espadrilles

By changing the lyrics a little to the phrase of the song, an authentic Santafesina tradition is faithfully expressed: using espadrilles. 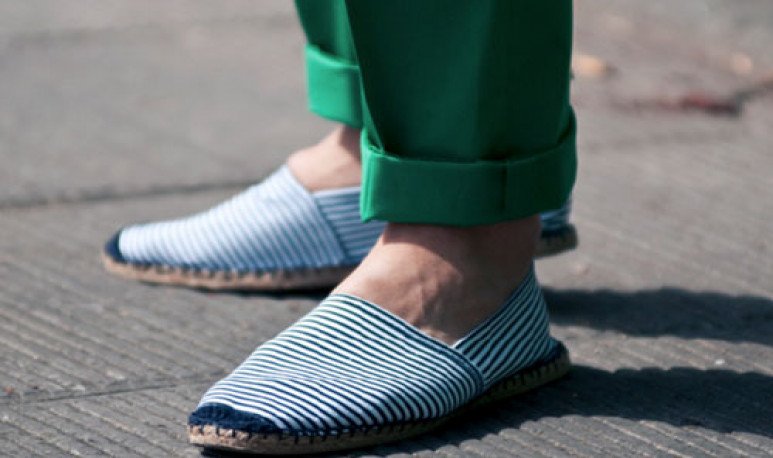 Espadrilles  are not an Argentine invention . Sorry about the disappointment. Moreover, they exist in Europe since the 14th century or so. Avery old. Today, they are still used in Spain, France and some countries in the Americas. But in reality, only Argentines and Uruguayans wear them to go out or for daily use. In that we can consider ourselves owners of  espadrilles . In all other countries it is only used as a traditional article: to represent typical clothing or dances.

Probably, the origin of the popularization of espadrille in our country has to do with its arrival in the  attire of rural workers . Already into the twentieth century, many laburants of the countryside discovered that, for the summer, it was very comfortable to wear such shoes in replacement of the huge boots.

Thus, with the extension of its use, the product became a more fashionable item in  urban clothing . Over time, espadrilles were industrialized and adding variants in fabrics and sole, which  traditionally is jute,  but incorporated rubber and other materials “to wear every day”. Jute soles are like more delicate, and are used to go out.

I dare say that in few parts of the country espadrilles are as frequent as here in Santa Fe. There are very chetos  santafesinos businesses  , of those that sell very beautiful shirts and jackets for the classic, semi-formal look, which produce and market beautiful espadrilles. And people consume them a lot, both sexes. Outside of the traditional combination with gaucho bombacha , children, teenagers and adults in Santa Fe wear them  with jeans, shirts, bermuda shorts and even with summer shorts and t-shirt.

So I'm going for more:  espadrilles are a Santafesino tradition , more than Argentina.