Home Argentine Traditions How do you become the largest Carnival in the country?

The history of the Gualeguaychú Carnival highlights the popular essence of celebrating in the face of achievements and adversities. 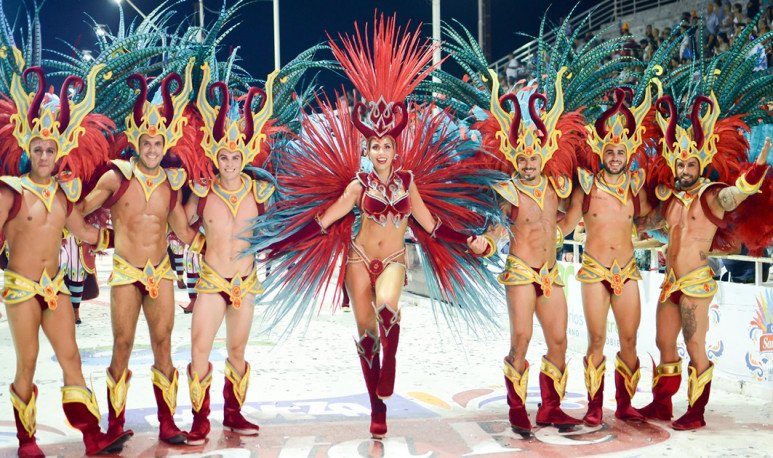 It began by calling itself  International Carnival of the Uruguay River . His  first records  date back to the  time of the Argentine Confederation  , when a provincial decree of  1840  left a mark. This allowed  “to celebrate with Carnival”  the anniversary of a peace agreement with France. Although eight years later, Justo José de Urquiza, who was then governor of Entre Ríos, decided to ban masquerades. Then the years passed and their realization went through different ups and downs and challenges.  However, it was the local people who put everything on themselves to sustain it . In fact, there are currently not a few who live through the annual activities that frame it.

In 1876, a commission was created to organize the Corsicans and to deploy comparsas across two of the city's main streets. It also regulated the prohibition of water games and shells in the area surrounding the circuit during the three days of  carnival . But in 1880 that provision was invalid and the playful manifestations took place. It was also ruled that the Corsican should develop between 11 and 16, and that people should be left out in disguise. However, there was always a need for municipal authorization. Carriages, carriages, murgas and even orchestras could be viewed at the meeting. Then, in 1907, the municipality began to decorate the tour with lively garlands.

In the periods that went from 1920 and 1930 the murgas appeared on the periphery, which retained selveaways and neighborhoods. Although they imitated the Spanish murgas, they incorporated elements of African culture.  While in the late 40s the Corsicans became impoverished and the  carnival  moved to club dances . Then, floats, boxes, floral games and even masks disappeared.  So a few groups took care of keeping him alive in the years that followed them .

It should be noted that this was not a simple task, given that Argentina's military dictatorships and socio-political conflicts did not help the context. From the middle of the twentieth century onwards, structural problems endangered the  celebration . The maximum point of discomfort and incentive, simultaneously, came when the de facto governments took away support for the  carnival .  From there, the city's institutions and the self-summoned neighbors were organized to bring the “Carnival of the Avenue” to be born. Which represented the most direct antecedent of what we call today “Carnival of the Country” . 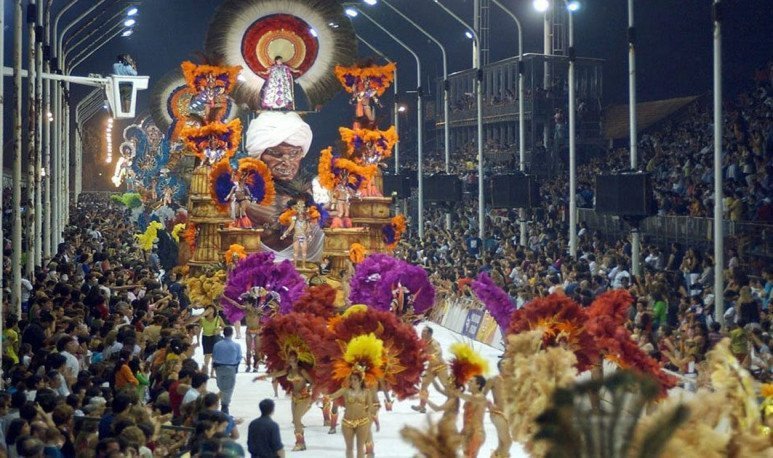 Before and after in the early 1980s, the carnival modality underwent changes. In the first part, the current comparas shared the scene with murgas, carnival ensembles, loose mascartes and floats. In the second, by decision of the authorities, only the comparsas could participate.  So the festival was divided between the “Carnival of the Country”, which is the show we all know, and the so-called “Matecito” . The latter are barrial and popular corsics, composed of murgas and carnival ensembles. In addition, to manifest themselves they use various resources such as singing, dancing, banner and characterised characters.

In 1997 the city's Corsódromo was inaugurated, which henceforth began to gather thousands of attendees. Interverted and happy, they see the floats move and participate in the competitions of the comparsas. From the sun rises until it hides, Gualeguaychú is transformed into colors and party during the season. In this way, it contributes not only to the Entrerrian and national tradition, but also to tourism. It generates countless jobs, promotes culture and teaches us about the importance of resisting.  Always through the carnival, a figure historically used for villages to go out to the street .