In this note we tell you the story of one of the most famous festivals in the country. The great serrano encounter that reloads us with its melodies. 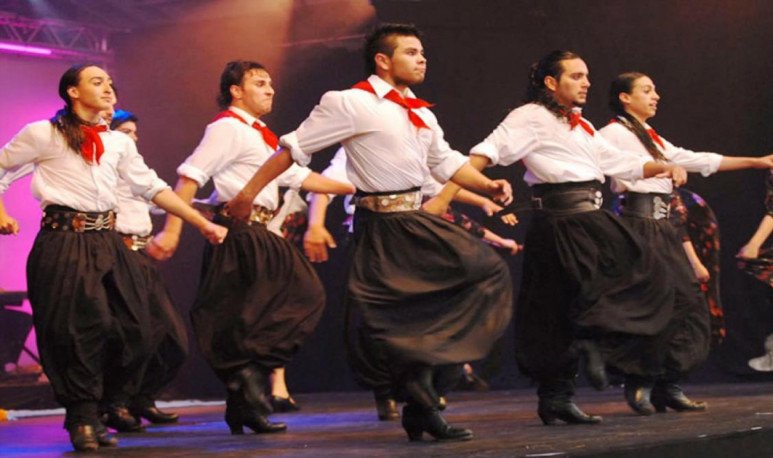 The Cosquín National Folklore Festival is the most important festival of folk music in Argentina.   It takes place every year in the Cordovan town of Cosquín,  inviting all its attendees  to tour the mountains of the province. Since this city is located in  the tourist Punilla Valley  which boasts thousands of  amazing natural attractions and panoramic views.

Its origin is referred to the Novena by the Virgin of the Rosary, who is the patron saint of the city and that is why  the Festival lasts nine nights and takes place in the last week of January .  Tradition usually refers to    the Nine Moons of Cosquín  or Nine Coscoin Moons. The stage of this festival, called Atahualpa Yupanqui, is located in the  large square Prospero Molina which was declared, in turn, as  the National Folklore Square.

This national tradition was born among an enthusiastic group of cosco neighbors who forged  what would become the identity of a village:  the National Folklore Festival.   Its origin occurred in January 1961.  The first edition was held between 21 and 29 January  on national route 38.  The   village, thirsty for music, cut it off with  a stage of material.

National and by decree

Already in 1963 it was officially instituted  by decree of law No. 1547, in the last week of January as National Folklore Week.  That was how Cosquín was established as the official venue of the celebration. The call quickly resulted in the presence of renowned artists from all over the country, such as Jaime Dávalos and eastern Aníbal Sampayo and Alberto Lona. This  exceeded all expectations  and the festival became  the most important annual folk event in the country.  were performed in an unnamed scenario. But that would change later...

Between the 1960s and 1970s,  the Cosquín Festival triggered a “folklore boom”,  by reference to the music characteristic of the interior of Argentina. Thus, this town promoted a  renewal of popular popular folk music.   At that initial time Atahualpa Yupanqui, Ariel Ramirez, Los Chalchaleros, Los Fronterizos, Jorge Cafrune, Alfredo Zitarrosa were highlighted and Mercedes Sosa (presented without the endorsement of the Festival's organization, as it belonged to a list of artists who were censored by the government of the period) and Horacio Guarany, among others. Teresa Parodi who with her “Pedro Canoero” broke into the national scene in 1984 and was blessed with the greatest award:  the Consecration of Cosquín.

Six decades have passed  since then, six decades  where the stage witnessed countless events  that marked the destinies of  the m& uacute; popular sica argentina. 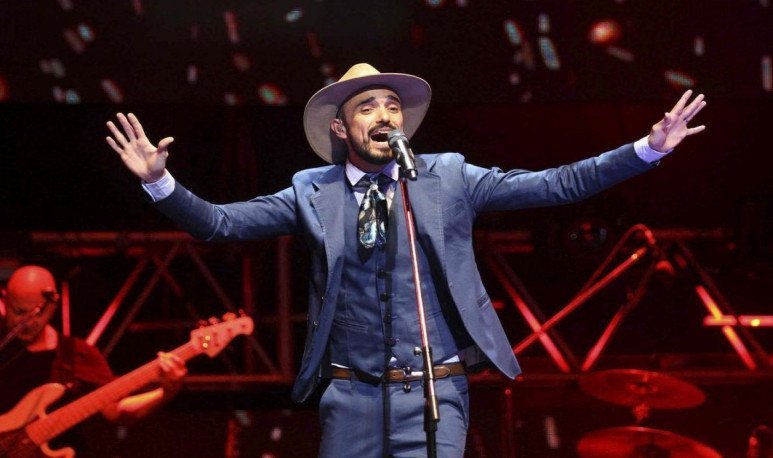 The wave of young folklore

In the  mid-nineties  there was the so-called  “wave of young folklore”  that started Soledad, Los Nocheros, Los Tekis, among others. This new litter also served for  the village festival to  renew its votes with the genre and populate its grids  with innovative proposals. Especially he exerted his  influence among young people,  who had their correlate throughout Argentina, and  marked the trend in Argentine musical taste  since then.

A stage where all voices come in, all

Already in 2001 a new stage was built, with a mouth 50 meters long, 6 meters high and  830 m² of surface.  The stage is equipped with a set that can rotate 180° to make  the succession of artists faster.   With this infrastructure,  Cosquín has one of the largest scenarios in Latin America.  In total, the amphitheatre has a  capacity of almost 10,000 spectators, of whom 7,800 remain sitting on the armchairs of the central camp and 2,000 people are located on the two side stands.

The stage is named after Atahualpa Yupanqui , the leading Argentine folklorist and great animator of the festival since its inception, and the square in which it is held is named after Prospero Molina (1827-1889), a man belonging to a historic family in Cosquín who donated the land.

The Atahualpa  Yupanqui passed, year after year, delegations from all provinces and even from other Latin American countries.  Each with its style and cultural heritage, each represented  by renowned folk artists . Among them Los Chalchaleros, Eduardo Falú, Rodolfo Ovejero, Los Hermanos Albarracín, Hilda Ruffo (better known as La Cuyanita), Uruguayan payadors Aramis Orellano and Carlos López and Argentinean Juan García.

This year, new surprises and   a renewal in the mode  of celebration of this tradition are waiting for us.