Home Argentine Traditions History of a festival that is not celebrated

We tell you the story of a tradition that is part of Cordobesity and argentinity al palo. This year is not celebrated, but we have a lot to remember around this meeting... 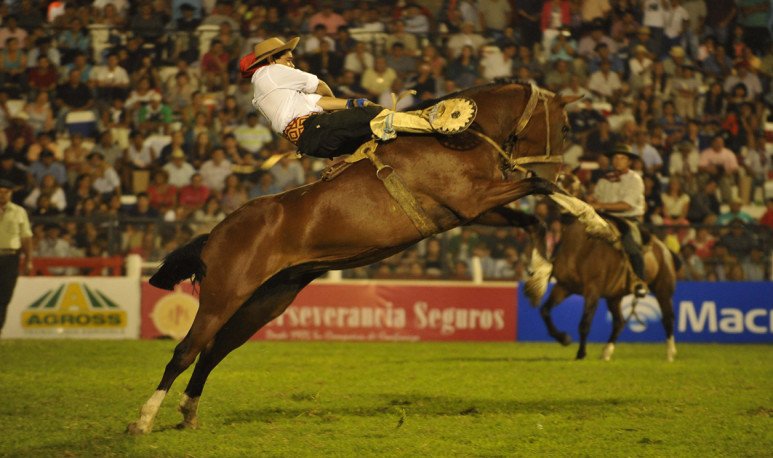 In 2017, the Argentine State awarded it  the name Marca País,  meaning that the festival is  synonymous with República Argentina worldwide,  a rating equivalent to that of Controlled Designation of Origin (DOC). Officially, it became a symbol of our nation with everything that entails. Because it enhances our traditions and exhibits what is  the true Argentine Self .

This festival  takes place  in the city of Jesús Maria, a town located  50 km north of Córdoba Capital.   And it is organized in an amphitheater  called José Hernández,  in honor of the traditional and renowned writer of the masterpiece Martín Fierro. All very gauchesque around here...

The amphitheater is oval shaped and has a stage where  soloists and folklore groups perform.  It also has a rider field that has corrals of enclosure and more three palenques.  This property performs    tasks and skills usual gauchas in the Argentine countryside . The whole complex is surrounded by stands in which the  audience is located and thirsty for dressage. 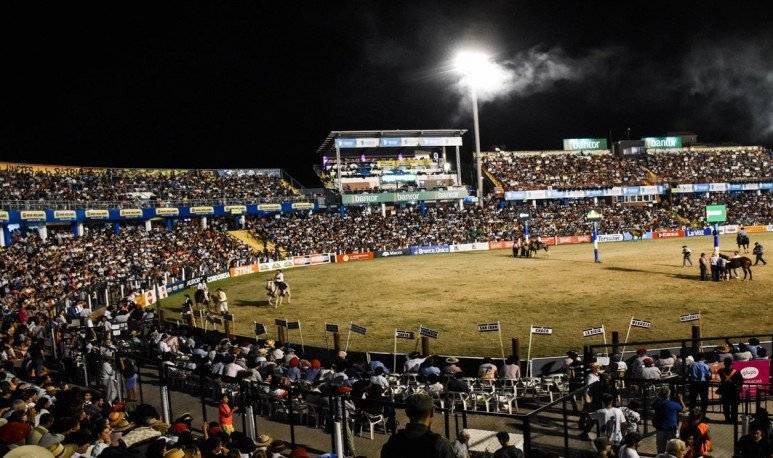 Since 1966 the festival has been uninterrupted.   Always during the first half of January, and throughout  ten consecutive nights  of dance and party. This event combines the skill of  the riderline, the exhibition of gaucha skills , folk music, typical dances and the tasting of regional dishes. Around this event there are  countless activities on the streets of the city  that you can participate free of charge: fair of typical clothing and utensils, Creole meals, clubs, performance of folklore groups, etc.  It is a multitudinous festival  to which, in the year 2007,  more than 400,000 people attended,  among those attending the amphitheater and those who visit the peñas or the handicrafts fair .

The Argentine Being is born

In May 1965, the Cooperative of the School No. 1 Lieutenant Morandini de Jesús María, had the imperative need  to raise funds to meet the care of children.  Thus, he holds a meeting on May 19. In the middle of debate, Juan Manuel Corrales comes up with  the glorious idea of holding a festival of transcendence , but after thinking hours and hours about what to celebrate there was a definition. Enrique Jarbas Pereyra proposed to hold a dressage and folklore festival, and his project was  unanimously approved.

Over the years, these dreams were turning the Festival into the  largest show in America in its genre,  attracting  in each edition more than 300,000 spectators   who live this popular holiday . In addition to countless viewers and listeners who follow him from their homes  across the country and the world.

This festival  organized, fed and awaited by thousands of Argentines and foreigners  who live the ritual like no other experience was held uninterruptedly since its inception. However, this year of such uncertainty, the Board of Directors of the Dressage and Folklore Festival of Jesus Maria, which has  been organizing it for 55 years,  announced the  suspension of  the 2021 edition .   The motive? the health risks posed by the coronavirus pandemic.  However,    nothing stats us:   the commission is already find  organizing the 2022 edition,  so as not to leave us hopeless, without dressage or folklore.

The next will be  and we look forward to it, reviewing a bit of the history of this Gaucha and Argentine tradition.