The Harvest is the ultimate festival of the Mendoza. For the most fans who live it since young, Santa Rosa opened the first school of Harvest. 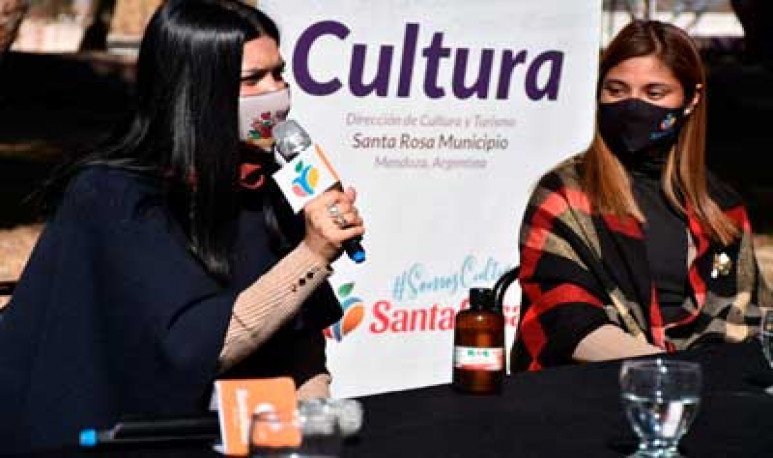 The Harvest is something as Mendoza as wine and mountains.  Any Mendoza must know some basic issues of the Cordillera de Los Andes and of a good mAlbec . The same goes for the National Harvest Festival. We all need to know the basics. However, for those seeking to delve into the subject,  the department of Santa Rosa had a unique initiative in Mendoza. In the east of the province they created the first vintage school.

About its origins, from the municipality commented: “This project was born last year, within the Honorable Council of Santa Rosa.  It is a dream that is realized this year with the creation of the first school of Harvest in the province”.These were the words of Daiana Cano, chief of Protocol of Santa Rosa .

But, going further on the subject, Daiana clarified that “it is a space where we are consolidating to provide  the tools to all the artists and the aspirants to the departmental center of the Harvest, so that they can perform in the best way, finding an information space.The idea is to have this space and share it with everyone who loves this party and we want to see it grow and every time improve in our department. ”

The quarantine situation forces authorities to provide the first training by video call. However, this has its positive point.  Santa Rosa is located more than 100 kilometers from the   city , so, with the modality at a distance, all Mendoza can participate. “For the moment it will be virtual. Training starts in mid-August. Then we can make some face-to-face meetings with the necessary protocols . The idea is to ensure the safety of all. In addition, being  virtual , you can add people from other departments who are also interested.”

On the other hand, the Chief of Protocol clarified that the contents will be available to anyone. “The trainings are open to the general public.  We are going to make a prior registration and for that they have to be attentive to the official media of the department, such as the   web  and social networks.”

As for the contents, “ the first class is speaking and the next one is about social networks ”. While the idea is to formalize everything in school format to ensure the acquisition of knowledge. “ We give you the school framework because we want learning acquired at the end of the year . These trainings are from April to November, which is the time in which we do not live Vintage itself, because the strong of the festival is from December to March”.

In the Harvest School, “the themes are very broad, with two different recipients. First of all, those who have concerns about what is the integral realization of the National Harvest Festival.  There are content on teamwork, gender perspective and screenplay, among other things. On the other hand, those women who aspire to be candidates for the Harvest scepter, and we focus on oratory, social networks. Emphasizing on revaluing the image of women so that they can fulfill the role of queen with all the letters. Not only for beauty, but also for knowledge and for projects planned during the year ,” explains Daiana, taking into account the controversy that has settled in recent years over the reclassification of the Queen of the Harvest.