The National Harvest Festival was also held in the hills. Shows, announcers and own queen. The other side of the celebrations. 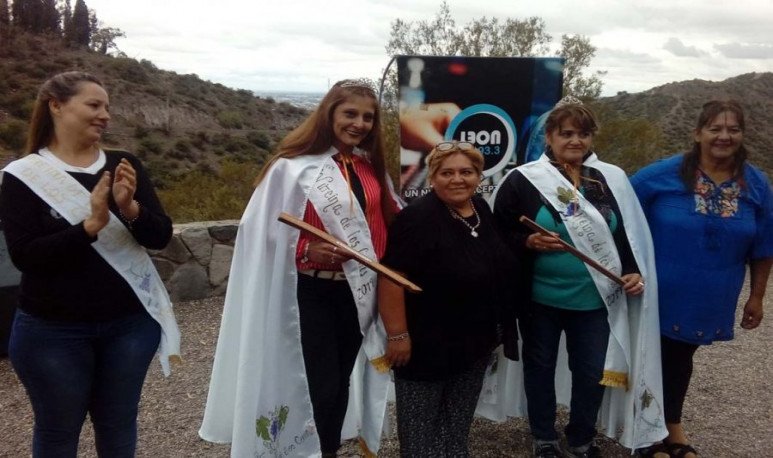 The  hills adjacent to the Greek theatre Frank Romero Day  take much of the flashes of Harvest nights.  Thousands of Mendoza attend with friends, as a couple or with the whole family. From early on. It doesn't matter the heat. Many choose it because they simply prefer it, even being able to buy the ticket.

And this Harvest 2020 was no exception. Again, people filled the mountains to use them as a grandstand, as an extension of the stands of Greek theatre, and thus enjoy what was happening on stage. However,  in the hills there is an own Harvest. For 6 years, a   show of  its own has been held, apart. Speakers are installed, a little ornamentation, and a announcer takes the floor. Some artistic numbers are presented, with dances and changing rooms. Thus, it becomes more bearable the overwhelming afternoon to the sun's ray.

The queen of the hills

In this show apart, queen is also chosen.  Candidates can only be women over the age of 40 , who are mothers. Any lady who reaches the hills can, at the moment, appear for queen, even if there is already a representative of her department. Once the celebration began,  they parade in front of the public. The latter votes and places his suffrage in an envelope. At the end of the artistic shows, about 19, the announcer announces   the winner . This is  a motorcycle , courtesy of the Ministry of Culture and Tourism of Mendoza. The vicerreina takes  a bicycle , also courtesy of the public entity.

After the improvised party, although every year it is more organized, attendees return to their facilities on the hills to get ready to enjoy the central event, the real one.