The selected artists began to work in the face of the central act. Actors, musicians and dancers are directed by “Golondrina” Ruíz in the rehearsals. 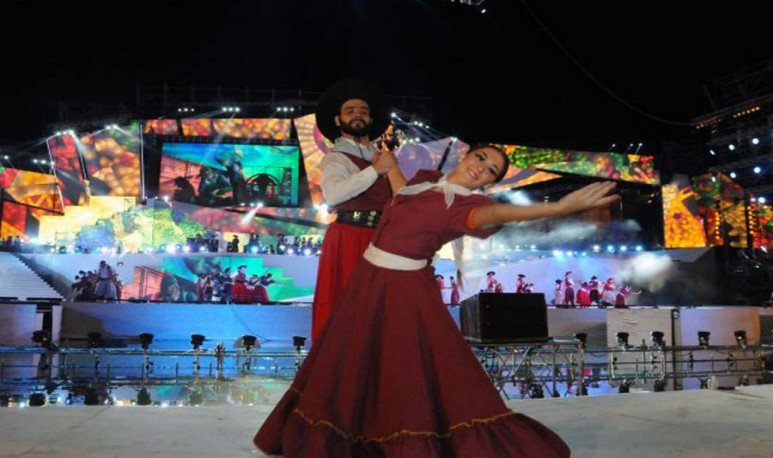 The National Harvest Festival 2020 is, really, very close.  The central event will take place on Saturday 7 March  and then its repetitions. However, the work to get everything out perfectly is not an easy task.  Scenography, music and more than 1200 artists must unequivocally combine to achieve such a detailed company . That's why rehearsals are already underway.

In that sense, the director of the show,  Rafael “Golondrina” Ruíz, confessed that “we started to realize a longing that began a year ago . This is opening the door to enter the big party. We are with a lot of expectation.” However, the cultural doer took its prominence: “ Actually, the party is made by all these people around me, artists . I throw the ball on the playing field, but they're going to play it and they're going to help me turn the goal.”

In addition, “Swallow” anticipates that there will be no grandiloquences on stage, but an emotional shock: “ At first we proposed to have a party not spectacular, but that would aim at the heart. We want to tell our story as a town. We recognize each other in it. We feel the belonging to this territory, its history, our ancestors and our future . We're excited about that. We have a story that goes through the human rather than technological. That's why I think, if the audience opens their hearts, it is quite possible that we all find the blue note,” says the director, referring to the  name that this year has the festival:   Blue Symphony for New Wine  .

With regard to castings, rehearsals and auditions for  musicians , dancers and actors, Swolondrina was very satisfied, as always: “It looks like a crumb, but it's reality: we are so excited about so much energy. put at the service of a common good, which is our Harvest.  The young people who make up this large squad of 1200 artists are the ones who give me the hope that we are throwing a droplet of irrigation to what is our culture. This, more than a popular holiday, is a cultural festival.  We're trying to defend that concept. It is not a folk festival, it is the cultural manifestation of a village. We know that the kids we're rehearsing with understand that concept and that's how we can achieve a flower in the desert.”

The Provincial Festival of Pineapple in Colonia Aurora