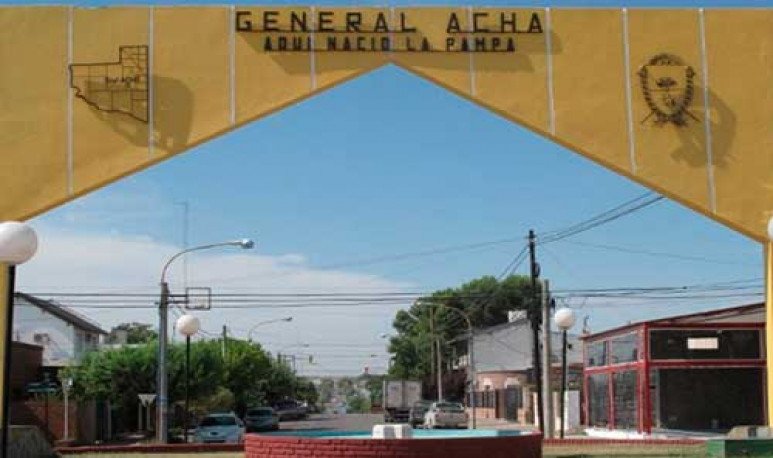 On August 12, but in 1882, General Acha was founded , a coquette city that had its first great demographic growth by the hand of the train, and which became, between 1884 and 1900, the capital of the then national territory of  The Pampa .

It is the third largest city in the province, behind the capital,  Santa Rosa , and General Pico. According to data from the latest INDEC census, 11,803 people reside there, but current estimates state that General Acha already has around 20,000 neighbors.

As a must for those who go from Buenos Aires to the Upper Valley of Rio Black  or to the mountain towns, the city has its own charms: a spa that invites to enjoy a pleasant moment, and cultural and sports activities that add value to the town, also known for the livestock development.

The Laguna Utracán Municipal Natural Reserve, declared as a Provincial Protected Area, is just over 15 kilometers from the city . It is a site where the flora and fauna intertwine with water and dunes creating an imposing and entertaining landscape.

The summer season is the ideal time to approach Utracan, but so is any weekend where you feel like being in the utmost tranquility.

In addition to the beach on the shore of the lagoon, the spa has swimming pools, which makes it ideal also to go with the kids and watch over their safety. It has a campsite so that the stay is not necessarily an afternoon, but invites you to live another experience.

The property is valuable because it  preserves the natural landscapes and biodiversity of its surroundings , with the forest of caldenes and chañares, as well as houses species such as the silver-plated macá or the southern flamenco.

Definitely, the nature lover, or who enjoys having a good time with a partner, family or friends, has a place he can't stop going if he is close to General Acha.

What else to do in General Acha?

In the immediate vicinity of the new office of the Tourist Reporting Centre, inaugurated last February, the  artisans fair is held on weekends, which is also complemented by artistic shows.

Being a city with a great tradition of fierrera, last September the local Automoto Club organized the first edition of the  Acha Race , a rally competition in which motorcycles, quadricycles, cars and UTV (a light vehicle similar to the quadricycle) participated.

The event was so successful that, by May of this year, a “2020" edition was scheduled that promised to be even bigger. For obvious reasons, the Acha Race had to be postponed.

With the advance of the  coronavirus , the traditional celebrations for the anniversary of the city were set aside. However, there are actions to be noted that August is the month in which General Acha's birthday is celebrated. For example, since the beginning of August, the local municipality promoted an initiative so that, every day, a different organization participates in the raising of the flag every morning, in Plaza Belgrano.

Also announced was the printing of a book that collects the history of the city:   We contemplate You from the paths of remembrance...  , in which there will be images and stories to “rescue and transmit to future generations of Achenses some stories that were important in the past.”

Hopefully, COVID-19 does not take away the desire to celebrate, even from home. Happy 138 years, General Acha!

Let's get to work and let the party begin