The trick is the Argentinian card game par excellence and has a lot to do with our idiosyncrasy. 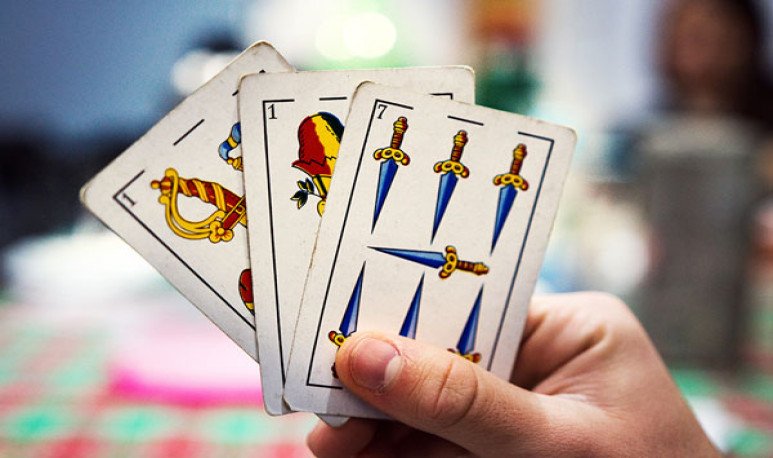 The trick is the Argentinian card game par excellence   and it has a lot to do with our idiosyncrasy. It is — perhaps — the only game where chance is not as important as picardy: in other words, it is   matched creole vividness   .

The ability to lie as virtue

The deception, the lie, the code shares and “those from outside are stick” are the resources that players have in their favor. The trap is allowed and celebrated. The one who wins is the most trick, the one who has the most ability to deceive the other, the one who is enlarged even if he does not have a good hand. In short, the most alive.

The   creole vividness   it is a matter of quickly identifying an opportunity and making the most of it, without measuring methods or consequences. Dishonesty, many times, is a lesser evil when the goal is to emerge victorious.

The trick reflects too faithfully a large part of our essence   , which is also a double-edged sword: on the one hand, there is our ability to adapt to different circumstances and to do a lot with little; on the other, the desire to find the fastest and most beneficial way out for one, with the least effort and without taking into account others.   argentinity through a deck of cards.

It's time to play: what are the rules?

Let's try to explain, in a simple way, how to play the trick and what are its rules.

For starters, we need a Spanish deck of cards that we're going to get the 8 and 9 out of. The idea is to play three hands per round, each of one card per player (you can compete one against one; two or three teams of two participants each and the “rooster” which is three players individually). Three cards are dealt each in each round, one per hand.

The goal is to win the hands with the values of the cards. Being three per round, who wins two, takes the points. Usually it is played at thirty points. Experts say that winning the first hand leaves almost ensures a win in the round, especially because if the next ones are panted, the points go to those who won the first, but each has its “tricks”.

How to score more points?

This explanation could take a lot, perhaps we can summarize it (you will have to investigate a little on your own) that there are two main “bets”: trick and envy. Each has its counter-bet that add value to it. The trick is solved by who throws the highest card and wins the round. The envy is won by adding values of two cards of the same suit and is won by the player who has the highest value in the sum. For this account, keep in mind that court cards (10, 11, and 12) are worth 10 points and the rest add up to their actual value, only starting from twenty (unless added with one from the court). Example: A jot and a king of the same suit are 20 points. A 3 and a 7 of the same suit are 30 points. A horse and a 6 total 16 points.