Home Argentine Traditions Guaymallén, much more than an alfajor

The name Guaymallén not only refers to the most popular Argentine alfajores, but also to one of the best known localities of Mendoza. On the anniversary of this apartment, we tell you its story. 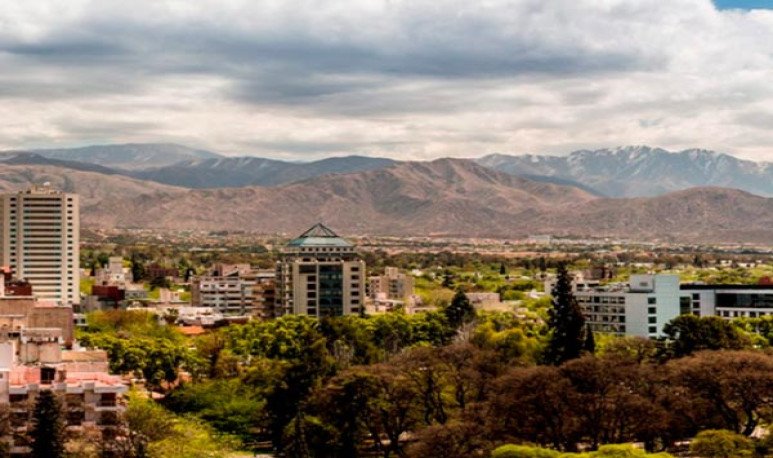 Guaymallén is the most populated department in  the province of the sun, wine and colourful hills,  that is Mendoza.  Every May 14 is celebrated  the  foundation of this Mendoza region  that gives us the best landscapes. Its history begins there in 1561, when the Spanish captain Pedro del Castillo founded the province.  For this to be possible , Del Castillo had to agree with the Huarpe chieftain Hernando Goaymaye, and fix the  terms and conditions of the land,  not without a little violence. The Huarpes were inhabitants of what is known as the Fundational Area. At that time, and in what are today the districts of Pedro Molina and San José, there was  the largest population of Huarpe origin in the region.

Guay-mayén, which in Huarpe language means  " land of swamps, vegas or bathed”.   And it was the name chosen for this portion of land, as it expresses the genesis of the department as a  zone of agricultural and productive characteristics . The founders established a founding hull of five blocks by five blocks.  This area encompassed the northwest  of the Pedro Molina district. But, little by little, he was accommodating and integrating with the rest of the territory.

From a time to this part

From the founding of Mendoza  until  the creation of the Viceroyalty of the Rio de La Plata, in 1776,  Guaymallén belonged as a suburb to the City of Mendoza. It depended on the  Captaincy General of Chile  and the  Viceroyalty of Peru.   By the second half of the 18th century, the districts of San José and Dorrego were already distinguishable, although they were not recognized by their current names. By 1764, Mendoza had its first hospital, called “de los Betlehemitas”, located in San José. Everything was progressing very fast and  with this growth in the area , Guaymallén was  increasingly boosted.

Population growth in Mendoza in clearly defined nuclei.  This was how  on May 14, 1858 , during the Government of Cornelio Moyano, a decree was signed that  would name a certain area as the Department of Guaymallén.   The document begins a new stage:  “The territory of San José will henceforth be called the Department of Guaymallén and will have the head of that neighborhood, under the  name of Villa de Guaymallén”.

The departmental map would end up  with the passage of time.  And two fundamental facts would be part of this process. On the one hand, the  creation of the Guaymallén Campaign Department,  which had its head in San José and was subdivided into three districts. On the other hand, the  creation of the New Villa , created on the edge of the National Lane Flag of Los Andes.  The latter gained strength  as a  social, cultural and commercial pole,  and became the headquarters of the Communal Executive of Guaymallén in 1895.

In Guaymallén, a sector dedicated to the  commercial exploitation of the wine industry was also developed.   The great advantage that the department had over others was  the proximity of the vineyards to the wineries.   Currently, its production  is linked to  the agri-food industry.   This is due to the proximity to  the productive area and the availability of communication routes  with  local, domestic and foreign consumption centers.

And you... did you know this department in Mendoza?