We tell you all about this Cordovan custom that is the festival Mujeres al Greek. A unique, inclusive, recreational and cultural proposal. 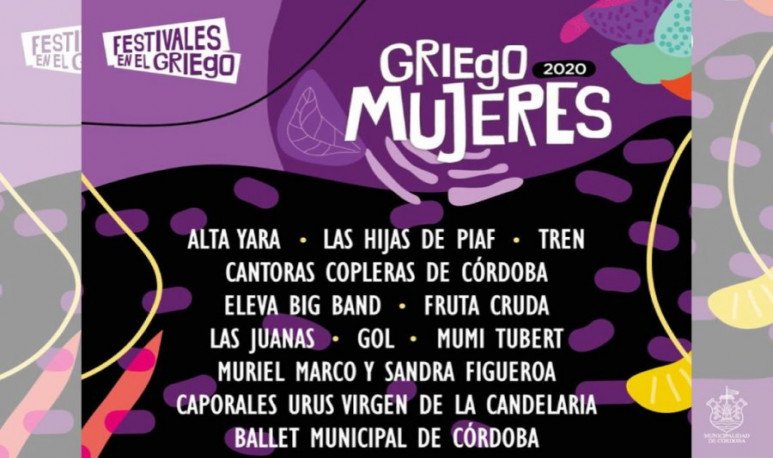 In the framework of each March full of spaces, tributes, invitations and exhibitions for women.   Extending the 8M   as long as you can, because being a woman for the rest of the months is very difficult in this society. Celebrating spaces built for and by women, this festival takes place.  The Greek Festival,  which invites local music bands and artists to share on a unique day. It is held every year at  the Greek Theatre in Sarmiento Park , and invites women's bands and dissidents to share their art.

This meeting is organized by the  Municipality of Córdoba . But it appeals to  collective organization  and the participation of  various Cordovan personalities  . The grid of artists is made up of bands that are invited through public call. The Greek Festival is armed between a hybrid of genres and bands of all kinds that make it up. Styles linked to  jazzy, rap,  rock    and Latin American popular music  . Also folk melodies and even electronic melodies.

And it's not just about music, it's also put together, around the long-awaited event every year, a fair. The  craftsmen fair  composed of around 30 stalls. Between  handicrafts, rhythms and struggle,  the encounter of Greek is a hug to the soul. On the event page they express that the idea of this festival is “to create a space of visibility for trans people, transvestites, dissidences, women, lesbians and non-binary identities of the local music ecosystem.” As a meeting it has a political and necessary tint, to make realities visible. To  reopen the world of music , it is usually a closed area, and often machista. with the aim of people who least participate in artistic spaces have a place. For  these voices to be heard.

We are pleased that these spaces  are activated.  That feminist and dissident struggle be supported by state and provincial entities. However, we were left with a bitter taste when we learn that the rest of the year  there is no trans job quota.  Not much less a  female quota in the big shows  in Argentina. These are points to continue working, and we hope they will not be forgotten. That they are not pending as rights that are only fulfilled in March.