Home Argentine Traditions Go out for a few smooth

Few things represent both Santa Fe and the habit of taking a smooth, at any time and at any time of the year. 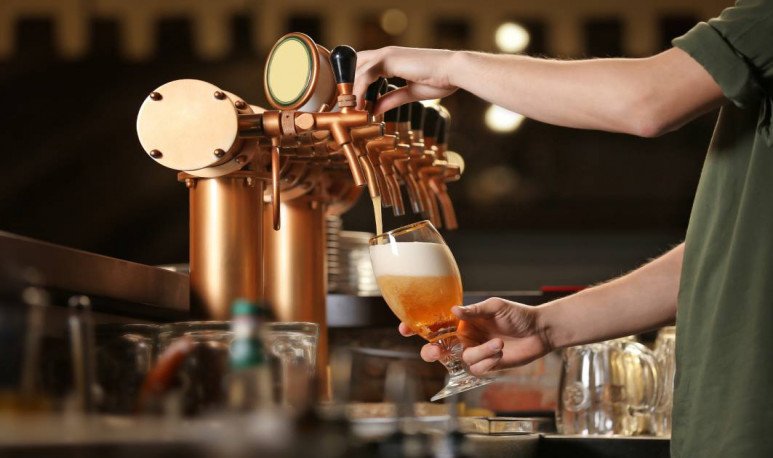 While  the heat,  which in Argentina — and particularly in Santa Fe — lasts more and more days of the year, is what lends itself the most to  share a beer  , we Santafesinos love to drink smooth in any season.  Pulled  beer is not any exclusivity Santafesina, but in few places in the country it is consumed as often and as much. In addition, the city has one of the largest brewing plants on the continent and the plain is a local invention, with a whole history.

Don Otto Schneider  arrived in Santa Fe back in 1906, from Germany. This entrepreneur founded his own brewing plant in the 1930s, which competed in the city with the Cervecería Santa Fe, of which he was his Master. In a short time, his business grew to become one of the leading companies in Santa Fe, with two beautiful bars of their own. Tradition has it that, in those years, the waiters in the bars, serving the  beer  pulled from the popera,  smoothed the surface of the flat vessels  with a ruler, displacing the foam that overflowed, which generated the flat, smooth finish, which gave the name to this local and national symbol.

- Are we going tonight for a few plats? And we catch up.

The conversation in the office, on the phone, and today in WhatsApp chat, is repeated almost traced, by hundreds, throughout Santa Fe.  Smooth unites us . It  's like mate , but richer, fresh, and lends itself to sharing other things: a minced of cold cuts, milanese with potatoes, a  pizza . Or only the ingredients, which in this city are an obligation, and we look badly at the waiter when he does not bring them, although the crisis has reduced them, sometimes, just a little bit of pororó.

If you're coming to Santa Fe, I'm sure you've been invited several times to have a few plats. If not, don't stop doing it on your next visit. Not only  will you be refreshing  with our best beers, but you'll be part of one of our main traditions. To take a smooth is to be  santafesino , at least for a day.