General Roca celebrates the 141 years of its founding. 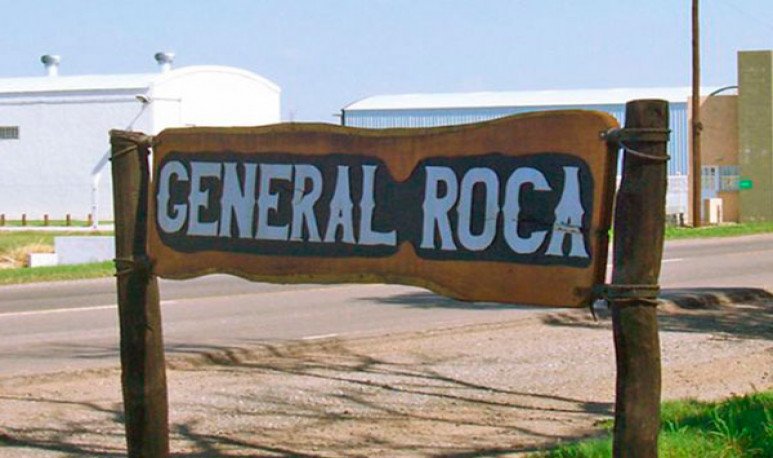 Founded on the first of September, but in 1879, in the middle of the desert campaign, General Roca is one of the most important cities in Rio Negro. Positioned as a historical, academic, productive and cultural place, General Roca can be described as " a big town “, given that its more than 120,000 inhabitants gave it the category of city, but still maintains the essence of the small ones localities of Patagonia.

Built on the banks of the Negro River, about 500 kilometers from  Viedma , Roca still has some old buildings standing, but its growth was always thinking of becoming a lighthouse of modernity in the region.n.

Located in the  Upper Valley of the Rio Negro , fruit production is one of the great economic engines not only of the city, but of the region.The pears and apples harvested in the area are recognized worldwide and gave rise to one of the great popular festivals in Rionegrina: the  National Apple Festival.

Its origins date back to 1964, the year in which the festival was established by Provincial Law to pay tribute to the producers and the fruit itself, while two years later the Executive Power granted it a national character.

For three days, in the popular festival, in addition to enjoying the shows of national and international renown, there are the classic contests of packing and the weight of the  apple .

To get a break

General Roca also offers a  diverse offer with different walks to enjoy with the family. One of them is the  Paseo del Canalito , a green space that along its route has places to practice sports, an amphitheater where every weekend there are shows, or simply presents itself as a place to enjoy the tranquility of Patagonia.

Just over thirteen kilometers from the city, is the  Mirador del Cerro Las Tres Cruces , from where you can see the imposing landscape of the Valley crossed by the Rio Negro.Also within walking distance,  Paso Córdoba  is a bridge that connects both banks of the river where various sports activities can be performed.

The central town of the city is an invitation to taste the typical dishes of Patagonian and Rionegrina cuisine: from lamb, accompanied by local wine, to pear pudding or harvested apples a few kilometers away.

To explore the history of General Roca, you can visit three museums located in the city.The  Lorenzo Vintter Regional Historical Museum  (in honor of who founded Fort General Roca on September 1, 1879, after passing three months before the  military ), which seeks to spread the history of the city with a permanent exhibition with spaces dedicated to the origin of the town, the native peoples and the growth of Roca, accompanied also with temporary exhibitions whose theme varies.

The  Municipal Museum of Fine Arts “Juan Sanchez”  opened its doors in November 1983, driven by neighbors, who wanted to create an institution that would keep and disseminate local, regional and Patagonian plastic production.

Finally, the  Patagonian Museum of Natural Sciences  was created in 2002 to promote environmental education, research and conservation of the natural and cultural heritage of northern Patagonia. The novelty of this space is that it seeks to leave behind the idea of museums that are only a place of showing elements, to reach the population with tools of dissemination and education, based on scientific foundations and thinking about the conservation needs of the region.

Like most cities in Argentina, the celebration of General Roca's anniversary will not be the same every year.Faced with this, the decision of the municipality was, first of all, that there should be no municipal settlement, given that there will not be on the streets the traditional festivities that motivated it to be a non-working day, and it was decided to carry out a protocol tribute that neighbors can follow from their homes.

In addition, local artists will add color to the celebration so that the Rocian families can enjoy without leaving their homes.

The national holiday of crafts is santafesina

The National Harvest Festival, in danger