Home Argentine Traditions From place to capital: the city of Neuquén is celebrating

The city of Neuquén, the most populous capital of Patagonia, celebrates its 116th anniversary. 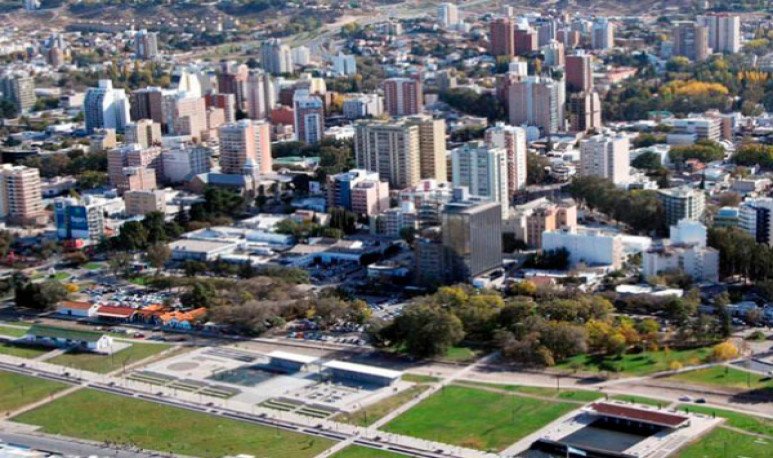 Originally named “ Paraje Confluencia “, because there the  Limay and Neuquén   rivers join together to form the Negro River, the city of  Neuquén  celebrates on September 12 the 116 years of having been declared capital of the then National Territory bearing the same name.

It was Carlos Bouquet Roldán who, when he took over the governorate in 1903, started the steps to move the capital from Chos Malal to Confluencia and change the name of the then place to which today holds the most populous capital of the  Patagonia . Thus his intention began to materialize in May with a presidential decree dividing the territory into 12 departments designating the new capital. In September it was made official and every year, on the 12th of this month, the city celebrates its anniversary.

Confluence in the Neuquén identity

Beyond the change of name, the concept of “confluence” is not alien to the identity of the Neuquinos. The  Confluencia Historical-Cultural Center is installed in the city, reminiscent of the first white inhabitants of the city and also has samples of the villages that inhabited the area before the arrival of the huinca.

The place operates in three houses that had been part of the Colonia 6 staff of Traffic of the old Railway Quarter of the Roca Railway and has a library and reading room and three exhibition rooms. One of the most important pieces of the exhibition is a fabric, unique of its kind in America.

Also in Neuquén has been celebrated since 2013  the Confluence Festival , which takes place on the Paseo de la Costa on the banks of the Limay River. This is an initiative that was created to promote a sense of local identity. Every year national and regional artists give hierarchy to a growing holiday.

Academic and cultural center of the region

With more than 250,000 inhabitants,  Neuquén became over the years not only the most populous capital of Patagonia, but also a center of academic and cultural activity in the region, since in the city there are a large number of headquarters of the University of Comahue faculties, by which welcomes students from different locations not only in the province but also in the region during the year.

In addition to the Museum of the Confluencia Historical-Cultural Center, in Neuquén you can visit the  National Museum of Fine Arts , which features works by renowned regional, national and international plastic artists.

On provincial route 51, you will find the  Museum of Paleontology and Geology of the National University of Comahue , where you can find fossil remains of dinosaurs and other animals found in the region. The great attraction of this space is a mechanical reproduction of an Abelisaurius Comahuensis, capable of performing a dozen movements.

Another interesting proposal is the   Dino Project   in the Paleontological Center Lago Barreales, located in Loma de la Lata 90 kilometers from Neuquén. There you can see the work in a 90-million-year-old fossil ecosystem, from the digging of a dinosaur to when it is mounted in a museum.

In addition to having a wide cultural and academic offer,  Neuquén was declared in 2014 as the national capital of Urban  Hiking  .

In Neuquén there is a wide variety of walking circuits on the city's bardas and on the banks of Limay. Some of them are to be performed accompanied by a guide and there are others in which accompaniment is not necessary.

The trails of the North Park, where there are three interpretive viewpoints, have special equipment for exercise, drinking drinkers, shelters and benches, and parking. There, more than 16 kilometers of trails are interconnected, allowing different combinations of routes with varying degrees of difficulty.

The trails of the Coastal Walk, meanwhile, are two aerobic trails ideal for enjoying the native fauna and flora on a four-and-a-half kilometer journey. Ideal for family trips, the trail of the San Lorenzo Lagoon, with an extension of just over a kilometer and a half to enjoy bird watching at sunset.

In the summer season, the Confluence Trail runs 3600 meters along the Limay River until the confluence with Neuquén.