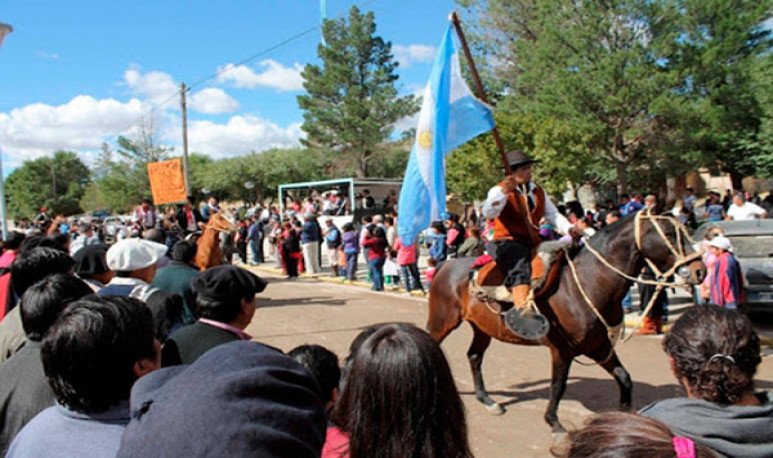 If there is something that characterizes us   Argentines   is camaraderie, that attitude of always opening the doors of the house to the friend or for someone who simply needs it. In the province of  Rio Negro , there are two popular festivals that pay tribute to cordiality and friendship.

The first is done in the town of  Comallo , while the other is carried out in  Ingeniero Huergo .

The inhabitants of Comallo, in the Pilcaniyeu department, are proud of their past, reflected in every corner of the territory, where they always promoted cordial, kind and friendly treatment to visitors, cultivating that way of feeling friendship.

Comallo is located 120 kilometers from  San Carlos de Bariloche  . There is a railway station of the  Patagonian Train  and the town has always been characterized throughout its history of being a place of good coexistence with a spirit traditionalist .

Based on that idiosyncrasy is that, with the arrival of the new millennium, a group of neighbors promoted this popular festival to rescue the tradition of Creole prowess on a bagual, popular singing and folk dance with which our country is identified.

The celebration takes place in a dressage camp that was rebuilt, where Creole skills and dressage make visitors vibrate that fill the property year by year. Horsemen from all over the country say “present” at the appointment that takes place in March of each year. As in many other celebrations, there is no lack of the choice of the queen, the traditional campero dance and the closure with fireworks.

This year, the XXI edition of the Provincial Festival of Cordiality, scheduled for March 28 and 29, would have to have developed, but circumstances forced to reprogram it.

Provincial Festival of Friendship, the Peñas and the Spanish Paella

Just over 500 kilometers from Comallo is the town of Ingeniero Luis Huergo, a town nestled in the  Alto Valle del Río Negro  that receives every year thousands of people who are come to enjoy the Provincial Festival of Friendship, the Peñas and the Spanish Paella.

Like the Festival of Cordiality, the activities of this popular celebration, which was to be held in May, had to be suspended, thus preventing the development of the XI edition in the aforementioned locality located in the General Roca department.

In this already classic celebration of the inhabitants of Ingeniero Huergo, more than 30 associated clubs from 30 institutions in the locality participate. After more than ten years in the tourist calendar, the festival has managed to position this gastronomic event not only in  Rio Negro , but also in the rest of the provinces  Patagonian .

The event includes music, peñas and integration, crowned by gastronomy through Spanish peñas and paella, being considered a special reason to capture local and regional integration.

Due to the predominance of families with Spanish descent in the region, it was made traditional for each event to be celebrated highlighting the culinary art and especially the typical  Spanish paella , which is considered by its inhabitants as part of the social folklore of the city.

Comallo and Engineer Luis Huergo are separated by more than 500 kilometers, but they are united by that need to celebrate and pay tribute to friendship and cordiality, two things that the Rionegrinos, and Argentines in general value very much.