We tell you all about a tradition that crosses the country from end to end and from zapateeo in zapateo. An experience that is celebrated in Cordoba, for the world. 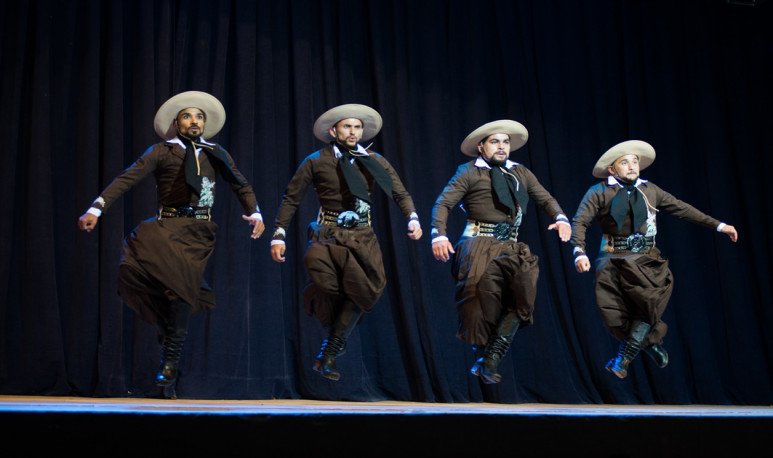 We are talking about the Malambo National Festival,  which has consolidated over the decades in one of the most important folk festivals in Argentina.   It is held annually  in the second week of January  for seven consecutive nights  in the Cordovan town of Laborde.  Seven nights for 50 years.  Seven nights that filled the hearts of each of the attendees and the dancers, of  each of the Argentines who dare  to live this  unique experience.

This tradition was born in 1947,  when a group of young people from the San Martín Catholic Center founded by Presbyter Juan Guirula, departed from it forming the Friends of Art Association  . This association sought  to promote and disseminate theatre, choir actions, the presence of libraries and schools of classical dances, folklore, etc .  Always on the side of art , diffusion and visibility. With tasks of recognition of the importance of these activities for the  consolidation and constitution of a collective and multicultural identity . This Association obtained its legal personality in 1957, the same year in which  Mrs.Julio Barros and Aníbal Calderón arrived in Laborde,  who  began to act, zapateando malambo.  At the moment, malambo was a  cultural expression almost unknown to  these areas,  so it aroused  interest in the public, for its strength and veracity.

Back in the 1960s, in Argentina there were large movements of folk festivals,  especially in the areas surrounding Laborde. Thus arises the definitive and founding decision of the Friends of Art Association:  to organize a festival,  whose main protagonist would be the Malambo. To make this   “First National Malambo Festival” a reality,   many people worked stealing hours from their break.  For the love of art, for interest in body expression and motivated by sharing a passion.  Finally, after a lot of work and organizational tasks, the purpose is achieved: the first event was held on  November 12 and 13, 1966.

In this November 1966 edition, official delegations from Santiago del Estero, Tucumán, Buenos Aires, San Luis and Cordoba provinces attended. Also folklore delegations from Villa Maria, Rio Cuarto, Bell Ville and Jesus Maria . A whole country mobilized by  malambo's hunger.  The facilities of the club Atletico Olimpo, were chosen  for their realization , under the leadership of Mr. Julio Márbiz and with the presence of  important media at the national and provincial levels.

In the early years, the co-workers of Laborde schools were given direct participation, which made  the contribution of people to the Festival extremely valuable.  As the  years passed, the  Festival gained in popularity  , it was known in all Argentine provinces and also within Latin America.

The most important figures

Each delegation tried to give its best, on and off stage, to leave the best image in Laborde, as required by the character of the Festival. Adding to all this and when the economic situation allowed, they arrived at the Malambo National Festival , very important figures of national folk work.  So they  went through the stage of the  Malambo National Festival:  Los Chalchaleros, Los Fronterizos, Hernán Figueroa Reyes, Mercedes Sosa, the  National Folkloric Ballet directed by Santiago Ayala “El Chúcaro” and Norma Viola,  etc. Giving diversity and diffusion to this celebration,  making it grow and giving it prestige.

The Festival grew by leaps and bounds,  to the point that by 1973 it housed more than 2000 people per night,  between delegations and the public. Due to this situation, in 1974 the Organising Commission  acquired the premises of the former Spanish Association   and the event  was moved to it. The land occupies  10000 square meters (1 ha)  and in it was built a wide stage and  numerous amenities:  such as bathrooms, canteen, more space for the stalls, etc. Over the years, this property was remodeled and currently has the necessary infrastructure to receive  8000 spectators.

The most Argentinean of the festivals

In 1992, Laborde received  more than 1500 people from different parts of the country and abroad.  It was the  25 years of the Malambo National Festival  , this time, he received the visit of Doctor Santos Sarmiento,  one of the main pioneers  of the Cosquín Festival and taking a stretch of his speech on the opening night, among other things he said:  “Laborde will always be valid, because above all things, there are no economic or commercial interests, which shows a deep respect for our traditions, for our customs, in short, for our argentinity. Laborde is the only festival that is authentic, which   is really Argentinean par excellence.”

This festival, with its competition categories and  leisure activities ,  tries to revalue and spread the manifestations of national culture: its dances, its songbook, its customs.  In addition to rescuing Malambo and its promotion in different traditional styles. There are  exchanges of authentic expressions between farmers from different provinces and countries.  Therefore, there is an increase of brotherhood ties to nuclear annually to the Argentine and foreign delegations participating.  This festival unites us and claims us as a collective.