Here, it's like this: every September 18, flag day is celebrated. But it's not just any flag... Guess where we're talking about. 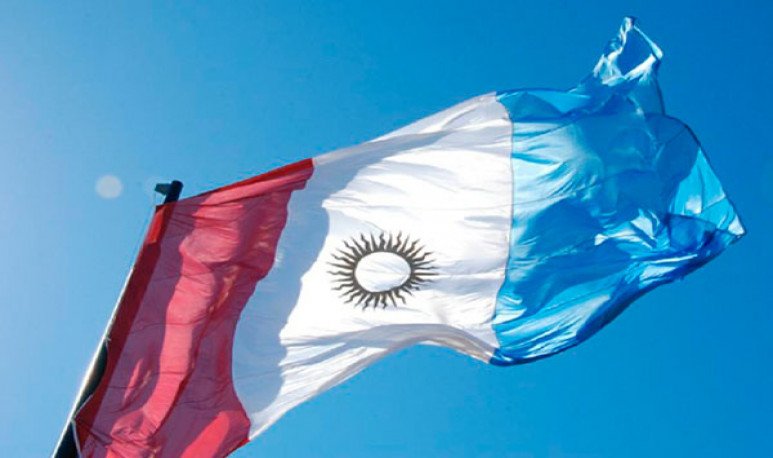 These are the provincial flag,  the fernet province flag, the peperina, the birra, the quartet and the most beautiful women.  A young flag, which was born  only 10 years ago and has  a lot to tell us . The date to commemorate his birth would be decreed by the provincial legislature. This is how the day of the Cordoba flag was declared.  Every September 18 becomes the Flag Day of the Province of Cordoba . In commemoration of the death of Brigadier General Juan Bautista Bustos, first constitutional governor of the province.

Each color has its why

Each color  of the flag has  its raison d'être and its meaning.   “ Red represents the blood poured and federalism embraced by Cordoba; blue sky, contributions to national independence and the watercourses that run through the province, and white refers to the identity of a village formed by numerous migratory currents,” explained the Government.

This is how its design has  a meaning hidden  in every detail. Red represents  the blood spilled,  moreover, in all emancipatory struggles. Not only in the territory of Cordoba, but also in Argentina.It symbolizes the  energy of our people  and the fight against forms  of oppression throughout local history . The target reflects the position of the province as a  geographical and strategic center . In addition, it aims to  make visible the identity  of coexistence of our town that hosts an  important cultural hybrid.  The celeste symbolizes the participation of the province in the Nation and its struggles. In addition, the contribution of this part of the territory to the victory for national emancipation. It also  reflects the rivers  that are home to the Cordoba territory.

The need for a flag

Until the time of its creation, the province had only the coat of arms. However, it did not reach that symbol just  to represent cordobesity.  Like a shield and a flag, they're not enough either. To honor such a  diverse culture, such a particular territory and a unique idiosyncrasy  that is Cordoba n o reach the symbologies . But in this attempt  to make cordobesity a feeling,  this special flag was created.

The justification for this creation is reduced to  the following reasons,  according to the provincial government:

“ A symbol thus becomes essential in the person: we are who we are but we are also part of the community to which we belong. Because of this significance of community identity, local, regional and national symbols are of great importance. We respect our symbols for what they represent. Flags are more than pieces of cloth, they are symbolic manifestos representing a group of people, a nation or an institution, and they embody those  historical, religious, political or imaginary paradigms  that the collective holds.”

In the center of the flag lies a sun. It has 32 rays, 16 straight and 16 wavy, arranged alternately. That is why it coincides from the graphic with the silhouette of the “Inca Sun” or “May Sun” present on our  national flag.  The gold yellow color alludes to the  splendor and contribution that the Jesuits made to our province. Because its  political, social, cultural and religious  contribution left its transcendental imprint, which until today conforms us as Cordoban.  Its color, in turn, alludes  to riches, not only intellectual, but also spiritual. The sun also represents  the power of nature, the living force of the world.  It is also a symbol of  perseverance,  taking into consideration  its faithful and perfect  daily and annual cycle.

Where is the Monument to the Flag?

To all immigrant brothers who want to inhabit Argentine soil