In Jujuy there is a unique celebration that has compadres and comadres as participants. 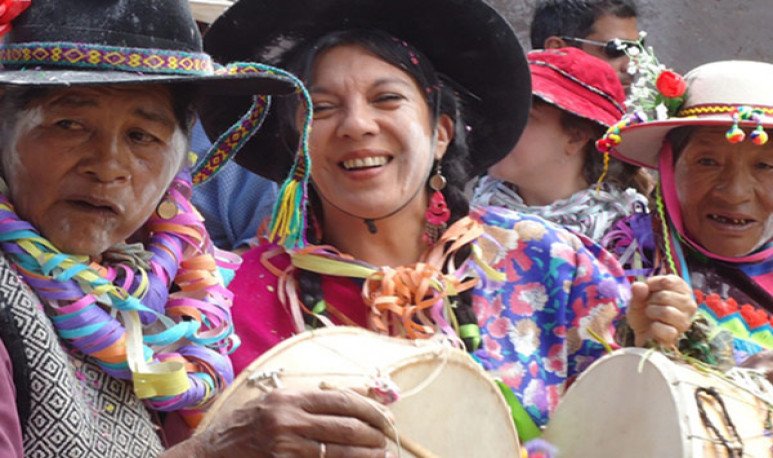 Comparsas, songs, toasts,  family  reunions are some of the activities that are around the singular celebration. But it should be noted that although they are very similar, both compadres and weasers have their day. Although both celebrations agree on the reinforcement of friendship as a point of convergence.

The feast or celebration of the compadres and comadres is the day where they gather to celebrate, men on the one hand, women on the other,  friendship , values, brotherhood and commitment to have a godson in common.

On Thursday of compadres

Compadres Thursday is the prelude to particular carnival celebrations, specifically two Saturdays before the dig up. Originally, friends were chosen to take the guardianship of their children in case the father was not there. It is here that the role of the compadre comes in, who would take care of the orphan son by taking him a  son of his  own, raising him, advising him, caring for him. That is, in a nutshell, the compadre replaced the father in such cases. On the other hand, much seen today, the compadre is seen as a kind of “uncle” beyond blood ties. When the big event was held, the compadres visited each other in their homes, there they shared a meal and drinks, with a gift to the godson in the middle.

Years ago, men went down from the  hills , started long walks to visit their beloved friend. They traveled long distances to meet their faithful buddy. Long talks took place on the day of the celebration, telling stories about their adventures in how they made their work from one end to another in their carts and even on foot. What they saw, what they did, their accomplishments, in short they talked about everything that had happened in that course of time that had not been seen. Recall, before there were no roads or roads, added to the question of the vast majority of people did not have a vehicle so they were driving on foot or horse. Because of these issues of several kilometers apart and their work it was almost impossible for compadres to be followed. 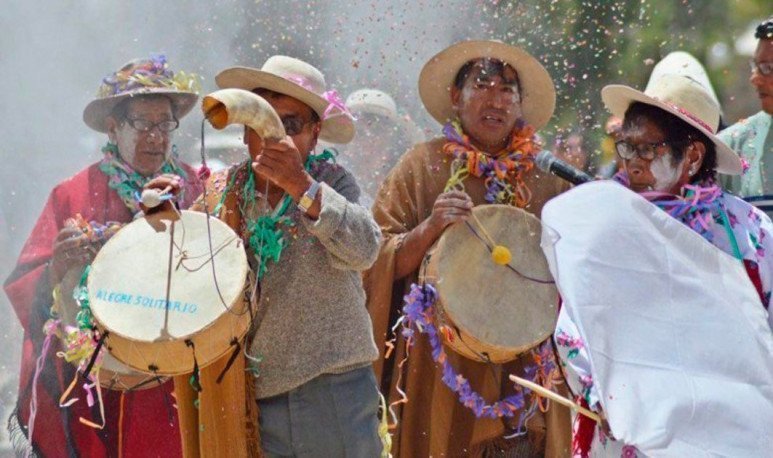 On Thursday of comadres

As with the Thursday of compadres, the Thursday of comadres is full of joy, friendship and respect. The weasel is the one who has been chosen to be that second mother, who will take care of her godson as her own child in case her mother is absent. Like the compadre, she is also seen as an “aunt”, for whom respect, trust, education of  values  and godson guide are fundamental. Unlike compadres, not only the weasers meet here, but women who are not. Between rich meals, drinks, fun dialogues, these meetings take place in visits to homestay, squares, markets or peñas.

Since, this celebration occurs just a few days after the start of the carnival, women are willing to organize the work and, have everything ready for when the event has arrived. In this way, they propose to concentrate on performing a parade of skillful working hands that will make tasty empanadas, rich humites, tamales of tongues of cows, and an endless feast. The preparation of the dishes is accompanied by cheerful talks, songs, couplas and a sea of laughter. There is no shortage of basil leaves flooding the air with a gentle aroma, decorating women's hair and clothing. Games with tempera and talc are not missing between toasts and toasts.

In the Quebrada de Humahuaca the celebration of both celebrations is very particular. There are matches of groups and comparsas with drums and erquenchos, singing many songs in honor of the corresponding celebration.

This is how traditional festivals take place. Currently, in addition to preserving traditions, the festivities usually take place in bars or peñas along Jujuy. They open their doors especially dedicated to those days, with drinks and typical meals surrounded by guitars and songs.