As a province we are proud to become a cuisine of cultures, a collection of stories and the turning point of a thousand communities. 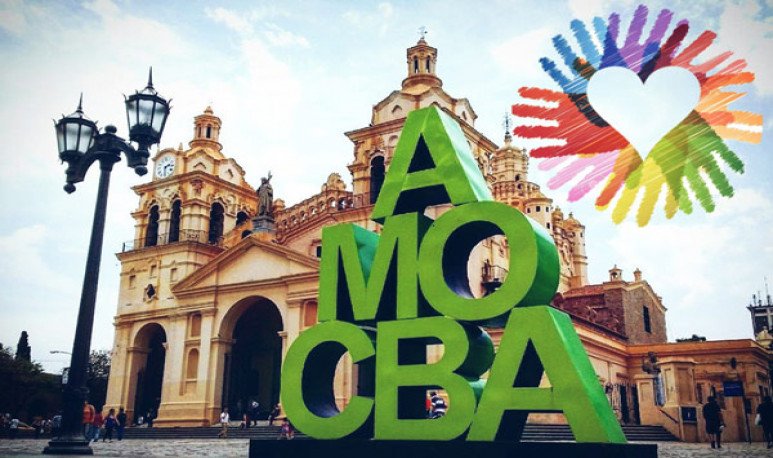 Being the Mediterranean, the heart of the country, the city of youth and fernet and birra, Cordoba has the reputation of being multicultural.  Communities and peoples in  many areas of the country  and the world converge in the city and in this part of the Argentine territory. That is why  the Day of Cultural Diversity directly interpels us . He calls us to remember and review our collective cultural heritage.It becomes a key date with  mystical celebrations and recognition of the diversity that inhabits us as Cordoba and Argentines. Many times, in addition to October 12, we sometimes extend the celebration to a whole week or a whole month.

Remembering, embracing the past

Because, in order to commemorate a date like this, we have to take into account the past that brought us to this present. Remembering our ancestors and venerating them, because  diversity would not be a reality without their struggles and without their marks . In Cordoba, even thousands of years after the conquest and extermination of the original peoples, we retain historical remains that  return us to the origin of Cordoba.  Thus, there are many corners that connect us to our roots and show us who we are. Hidden corners, such as the Ongamira caves, allow us to make a historical review  and remove the past.  Other posts, such as the Camino Real posts, refer us to  the struggles for freedom and independence and  remind us of how much it took us as a people to get here. How many deaths and cultures killed, by a homogenizing nation project. Making this exercise of memory helps us to revalue the diversity that inhabits us and the importance of each people that inhabit our national territory. Because each worldview  enriches even more  the Argentine Being.

The Day of Respect for Cultural Diversity  was established many years ago to commemorate the arrival of colonizers, remember the extermination and vindicate the struggle of the indigenous peoples who inhabit our lands. Because in the beginning it was remembered as  the day of the “discovery of America”,  but  exercising   memory , which is a very powerful and essential muscle,   we could understand  that it was not a discovery. It was the annihilation of our original peoples.

This date was long called Race Day, but fortunately  it was modified with Decree 1584/2010 in 2010.  Because the term “race” reduces the celebration to biologicist issues and inevitably misleads about  the conception of culture and the various communities. One of the reasons why the  name of this date was changed  is clearly stated in the decree:

[...] That the name of the holiday of 12 October is also changed, giving that date a meaning commensurate with the value assigned by  our National Constitution and various human rights treaties and declarations to the ethnic and cultural diversity of all peoples.

As Cordovan, the legacy of the native peoples  of the Sierra and Plain region becomes a  key factor in the constitution of our identity.  Also the set of Jesuit estancias and the thousands of historic houses that are in and around La Docta. For example, the colonial dwelling inhabited by the Marquis of Sobre Monte, the birthplace of the poet Leopoldo Lugones, the dwelling built by the plastic artist Fernando Fader and the dwelling of Governor Amadeo Sabattini. Or, also, venues where history happened as the Casa de Movimiento Obrero.

The number of spaces by memory, which build our imaginary as a people,  are innumerable. But to talk about cultural diversity, we must bear in mind that  we cannot reduce ourselves to material heritage.  But to focus on the protection of human rights , on the valuation and vindication of our cultural practices.  We need to focus on  reviewing our idiosyncrasy and our reactions  . And  build temperaments that accept  values and conceptions different from one's own,  to fight together for linguistic, cultural and human rights. To celebrate the Day of Respect for Cultural Diversity as appropriate, we must review our conceptions and the factors that make us Argentineans. We must see power relations and fight for the rights of all. Because  a people without diversity and culture is not a people.