The loins are a classic in Mendoza. But the most popular is Papito Barloa's. Bread, meat, sauce and homemade mayo. Suck your fingers. 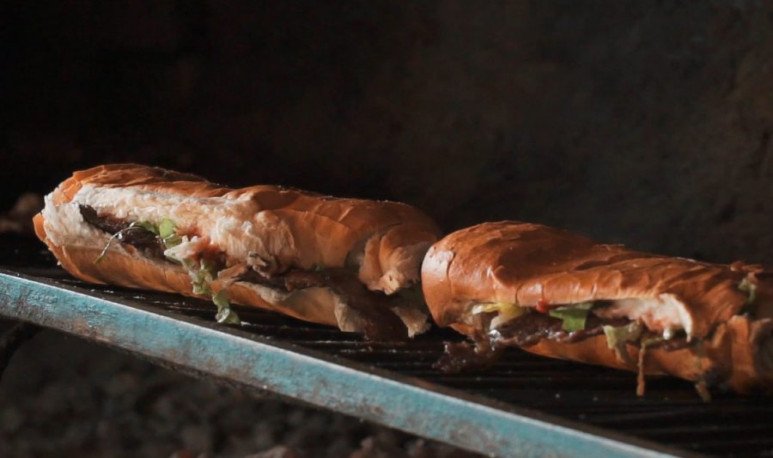 The tenderloin meat is, surely, the softest of all beef cuts. And while eating it in sandwich is common anywhere in the world, in  Mendoza  we boast of having the real loin. Here to talk about “loin” is directly talking about the  loin cut between two loaves .  It is hardly conceived to eat it on the plate . And the one who best understands all this is the restaurant popularly known as the  “Papito” Barloa .  A true Mendoza tradition.

“Papito” Barloa offers you a rich and cheap loin. That simple. With few rules of hygiene and safety, but with an authentic taste. The meat is cooked on the coals, with a  grill  in sight. One can take a seat inside, recently opened after a fire, but instead of taking advantage of it to give it a better face, they rebuilt it exactly the same. Or, to dodge the smoke from the  grill , you can sit on the sidewalk, somewhat tight, but feeling one more of the area, one more from the Las Heras department. The sandwich, then, consists of bread, meat, ketchup and a really characteristic and recipe  homemade mayonnaise  kept under seven keys. Because it is, in short, the  hallmark of the place .

The “Daddy” Barloa is all going. The most and the least wealthy.  Families , singles, divorcees, friends and even enemies, because on more than one occasion some quarrel ruined the good eating of those present. However,  their taste and price  make these loins a guaranteed satisfaction.

The owner is an older man, Humberto Barloa, the “Daddy.” Thirty years ago he was seeing him selling loins on the grill on a bridge in a typical neighborhood house. But, in the 90s, he settled where it is today, on the corner of San Martín y Morales, Las Heras. From that moment and in that place, the real father of all the loins premises works. And he does it all year from Monday to Monday, until 4 in the morning.