The National Festival of the Corvina de Rio is an event held in Herradura, Formosa, and is prominent nationally. We tell you all the activities that take place every year, in the month of February. 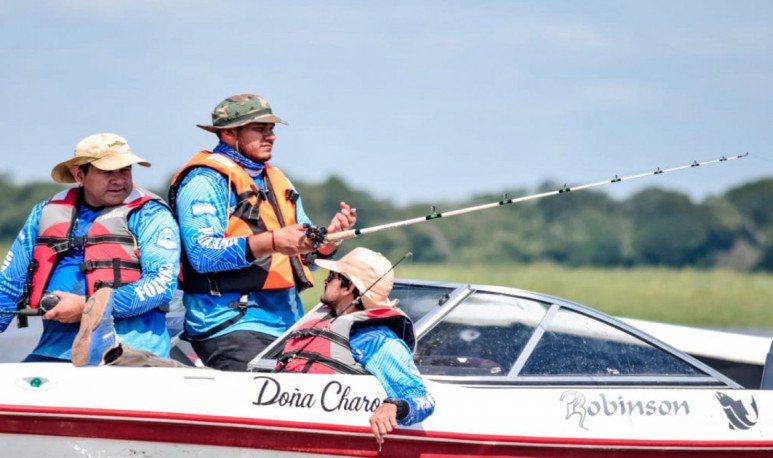 In February in Herradura,  Formosa , the  National Festival of the Corvina de Rio is celebrated. This town is located 40 kilometers from the provincial capital. The holiday brings together fishing lovers, that is why there is a contest of corvina, where they accompany this meeting commercial exhibitions of regional products, handicrafts, stand typical meals of the place. Those who are responsible for putting music to this traditional event are outstanding artists, both nationally and locally.

It should be noted that, two years ago,  Herradura  received approximately 100,000 people during the three days that this meeting took place. In that year, tourists took guided tours of the city of Formosa, which includes the waterfront, the Railway Museum and the House of Handicrafts. Other places that visitors took advantage of to tour within the framework of this festival, were the Guaycolec and Biosphere Laguna Oca reserves, through the Río Pilcomayo National Park and were encouraged to do nautical activities in the Paraguay River.

As for the National Festival of the Corvina de Rio, it is organized by the Ministry of Tourism of Formosa, next to the Municipality of Herradura and is controlled by the Formoseña Fisheries Federation. The  celebration  takes place on the shores of Laguna Herradura. In this regard, in 2020 it was held its eighteenth edition that broke a new record with a total of 706 boats that participated in the rowing and motor fishing competition.

It should be noted that last year, the Festival had the collaboration of the Federal Investment Council, where the organization highlighted the success of the 2020 edition. There were also outstanding draws, as a boat, a boat with nautical implements and a  car were drawn.

The National Festival of the Corvina de Rio is a sporting event considered to be one of the most important nationwide, it is also a meeting as everyone can participate and every year more women join the competition.

In this context, it is important to stress that the corvina is a unique species in the region and cannot be found in other parts of our country, which is of the utmost importance to this event that, every year in February, the inhabitants of Formosa are protagonists for this holiday.

At the formoseño event, the members of the Municipal Folkloric Ballet were worn, and the first artist to take the stage was Tania Torres. Recall that, from the organization stressed that every year it seeks to implement the participation of more women in this festival.

While visitors enjoyed the typical dishes of Formosa at the stands of the  gastronomic sector, at midnight the main artistic figure of the festival,  Sebastián rose  Mendoza who made everyone present dance with a tropical show.

The following day, the group Tekove (Paraguayan folklore) and the Jujujuño group Los Tekis joined, and the closing was in charge of Los Ángeles Azules and Los Continuados.

As if this were not all, the regional beach volleyball competition was also highlighted, which had more than 80 couples. The prize for the first place was 15,000 pesos, for the second place, 7,000 pesos, and the draw of a motorcycle was added among the participants.