When the hands speak

Wichis women's hands come to offer their hearts. And they give us wonderful gifts, full of love and healing. 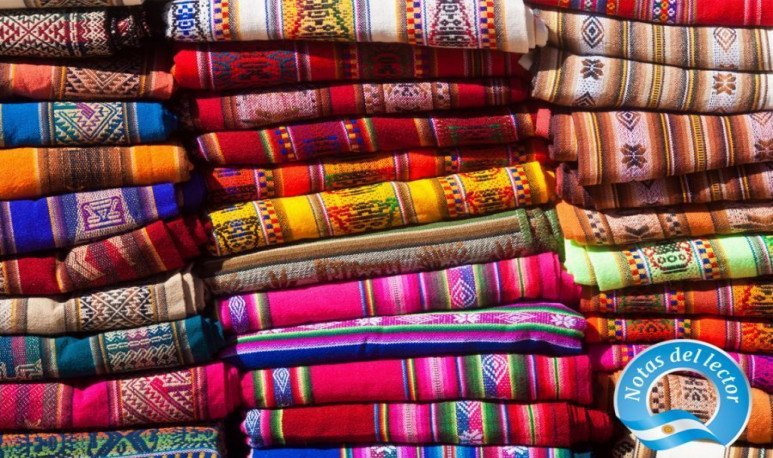 In a time not too distant but forgotten,  the hands had such a value that they were attributed, even, healing and healing powers . Today, far from those moments of valorization of the simple and everyday, we are dispensing them until we propose to put aside the handwritten letter and replace it with a laptop, an ipad, an electronic hand perhaps?

However, there are those who, from a very small place but with an open heart and soul full of the unalterable pride of belonging to this land, Argentina, show us that their hands speak. No, it's not witchcraft, it's a spell.

This female sorceresses (who with their work illuminate the face of those who admires his work) are  weavers from Northern Argentina . How much has been talked about them! How many times have the Wichis, the Comechingones, Diaguitas, Tehuelches, Tobas... “The  Native Peoples .” But how little is they exalted what they do, what they give.

I'm not going to tell you what they're missing, I'm sick of humiliating the prayer that does not come and unheard prayer. They don't like alms, they know well that once you open your hand, it never closes again. They are men and women who go through life with their heads up.

I am going to tell you what, in this case, the Wichi women of Formosa give open heart, under the sun or the moon, without asking, without blinking, with honor and with respect.

Wichis women stand out for the treatment of “El Chaguar”, which is a food and textile plant whose fiber is used to defibrate the leaf, yarn, dye it naturally and then weave those wonderful pieces they buy from individuals to designers for their acclaimed collections here and around the world.

It wasn't strange to me that they refused to appear in a picture, it didn't even take me by surprise to be asked not to give their names. I understood your silence, the attitude of protecting yourself. Many times deceived by intermediaries, today they have their own Cooperative, made up only of Wichis women.

I've watched them for a long time and felt that everything is not lost. Long hours in silence, working endlessly to such an extent that one does not understand well whether it is indifference or if it is part of a ritual that has been taking place years ago and that now opened for me, the observer of this walk through life with spoil, the student who should listen to silence without saying a word. Feeling is the slogan, smell the other, mingle with his work, intertwine with his hands, those that give so much and ask so little.

I come out of a deep trance, full of sweetness, dedication, peace and hope. Not everything is lost. Wichis women's hands come to offer their hearts.

“A badly dressed person, is a badly educated person”