Variety of proposals in one of the scenarios of the May Revolution. 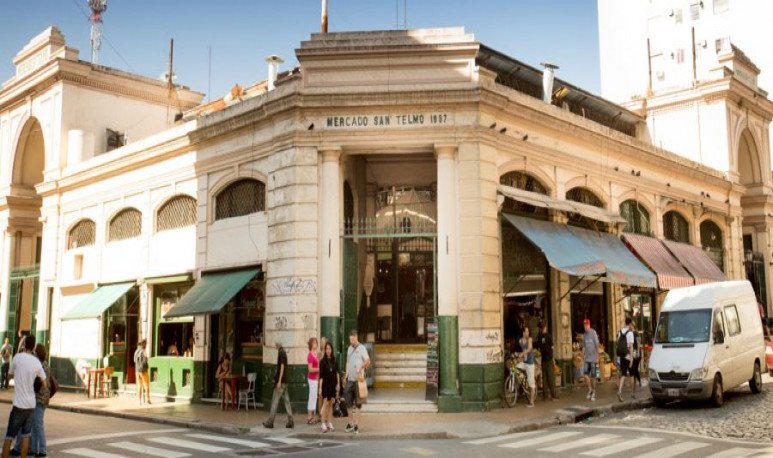 A 17th-century Spanish furniture, the bed used by José de San Martín in the home of the Tejera miller and a painting of an Archangel Arcabucero are some of the colonial antiques that can be seen in the Buenos Aires neighborhood of San Telmo this weekend for the celebrations of May 25, which will include typical meals in restaurants.

The Historic Center of the City of Buenos Aires was the scene of the Revolution of 1810  that resulted in the first national government, and therefore contains a lot of objects and accumulates anecdotes that captivate Buenos Aires and tourists who approach each end of the week.

San Telmo has the largest concentration of antique dealers in America and the second in the world  after France, with 500 antique stores within a radius of one kilometer.
“ We are like a gallery of the past that shows Argentine history from inside their mansions, from their big houses, the artistic movements that were reflected in our country from architecture to inside, with art and content,” said Norberto Medrano, president of the Association of Antique Dealers and Friends of San Telmo.

In antique dealers on Defensa Street and surroundings you can find a seventeenth century Spanish furniture, the bed where  San Martín  slept in the house of the miller Tejera when he armed the Army in the Plumerillo, a painting of the Archangel Arcabucero of original cut in high relief with applications and chiselled silver lace, and even a whipped and hand hammered silver turkey (boiler) from the 18th century.
“ In general, we all have something from that time: candlesticks, candlesticks, Quinque kerosene lamps, fans, jug and basin, as well as furniture, everyday objects and vintage clothes,” said Luis Guevara, vice president of the association.
Guevara said that “in general, the pieces of this time are very required in the provinces because they are better suited to the decoration of houses and cellars.”
“ Famous all over the world, Creole silverware is a clear exponent of the wealth of Alto Peru, present in Cerro de Potosí, perhaps a poor area and the least populated area of the Spanish domains. Until 1776, we were part of the Viceroyalty of Peru,” explained Willy Pastrana, pro-secretary of the Association of Antique Dealers and Friends of San Telmo.

The Historic Centre of the City was the protagonist of the history of the Fatherland, since there they occurred from the English invasions of 1806 and 1807 to the events that unleashed during the gesture  of May 25, 1810 , which took place in Avenida de Mayo, the House of the Viceroy  Liniers , the Santo Domingo Church and the Cabildo, among others.
Many restaurants in Casco Histórico work in colonial houses, which this weekend will offer typical dishes such as locro, mondongo,  lentil stew , carbonada,  empanadas  and cupcakes to celebrate the homeland date.
Among them is the Quilapán Pulpería, installed in the oldest house in the city, which was built in 1730, before the Viceroyalty of the Rio de la Plata.
The current Pasaje Solar (Balcarce 1022), which opened its doors to the public as a restaurant 10 years ago, is a restored canteen whose first construction dates from 1850.
The Solar Gallery of French (Defense 1066) is a shopping stroll in a former mansion from 1762, where Patriot Domingo French was born in 1774.
The first national government was the beginning of the process of emergence of the Argentine State, which would proclaim its independence 6 years later, on July 9, 1816.

A government of ours

I latte to a very rich coffee

Joy in a return

A coffee with stains