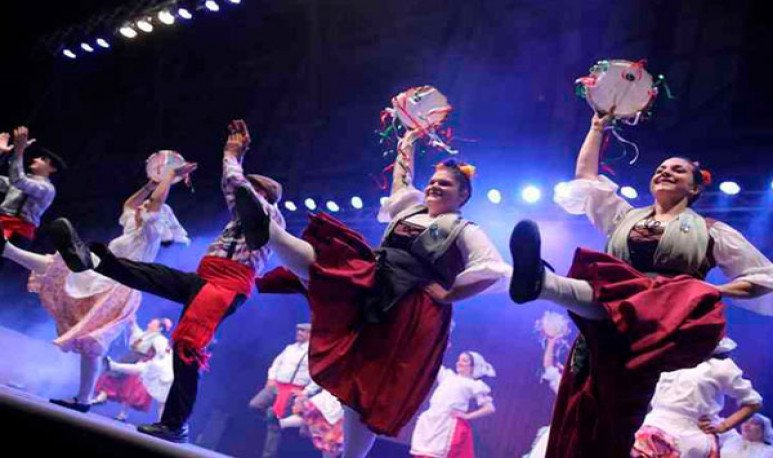 The festivities of the collectivities are very  colorful  and cheerful. I'm sure, in your province, you ever attended one. There are several in Santa Fe. A very important one is usually done in the provincial capital.  It is truly picturesque to see the display of typical clothing  from endless origins of the planet. Members of the delegations usually make parades, typical dances or musical performances. And, as good celebrations in Santa Fe, these meetings are always accompanied by the best regional cuisine. But on this note we want to pay tribute, with the excuse of publicizing a traditional holiday, to a small town in Santa Fe. It is  meritorious that a town of less than seven thousand inhabitants organize the logistic deployment  that the small town of San Jerónimo Norte does every February.

San Jerónimo Norte, an agricultural community of the department Las  Colonias  is, then, the venue of one of those meetings you have to know: the Festival of the Collectivities. As organized in February, all the people keep alive the hope that the global coronavirus crisis can be diminish by the time of the event arrives, in 2021. This year was not affected by mandatory isolation. And  more than two thousand people attended. Almost half of the local population.  If it can be done next February, expect a similar number of attendees from all over Santa Fe and surroundings.

Last year more than 10 communities were part of the celebration: Argentina, Lebanese Syrian, Spanish, Italian, German, Colombian, Chinese, Mexican, Peruvian, Brazilian, Cuban, Savoie and Swiss. The event  that brings together customs from all over the world  and brings them together in one place through dancing and meals, is held in  Libertad Square, heart of the village.

With less than 7000 inhabitants according to the last census (2010), San Jerónimo Norte emerges as  one of the main agricultural colonies in the province of Santa Fe . Its Swiss traditions, which are preserved to this day, are the distinctive feature of the locality. It was declared a city in November 2018.Its founders were Ricardo Foster and Lorenzo Bodenmann who  settled there in 1858 . Among their roots were the first inhabitants of Swiss origin. From there, their customs. More then there would appear different collectivities such as the German or the Italians. This melting pot of  races , perhaps, is what motivated its inhabitants to make cultural mixture a celebration.

The town was promoted to commune on July 12, 1875. In all editions of this great event you can see the locals celebrate their day in the vicinity of their Plaza Libertad, traveled by Sanjeronimenses with  the Swiss tradition intact and full of leather.

To get to San Jerónimo Norte  from Santa Fe Capital , take the national route Nº 19, the same that takes you to Córdoba.  It is only 39 kilometers of route  necessary to get to know this charming town.