The Club of the Order of Santa Fe is what is called “a whole institution”. Leisure and culture have converged there for 167 years. 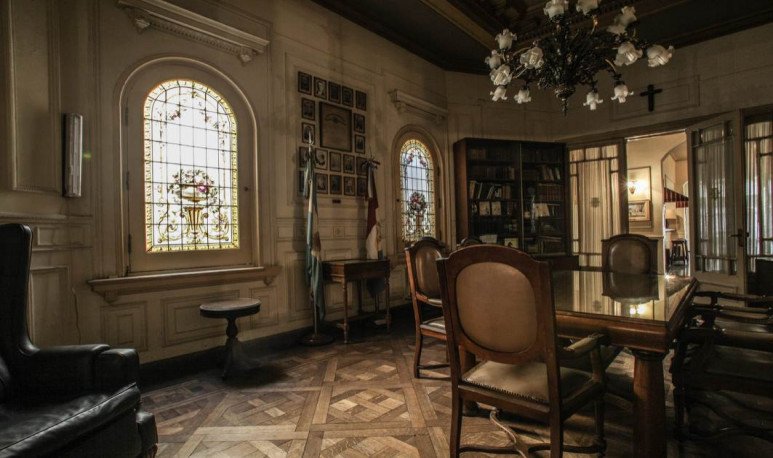 The capital of Santafesina is the birthplace of famous social and cultural institutions that  marked a before and after  throughout its region. In the middle of the last century, a house began to write its rich history as  the  country did. this social, cultural and sports institution is one of the oldest in our city. It is the Club of Order, founded in 1853 by José María  Cullen,  who later became  one of the most remembered governors  .

In those years, the Government of the Argentine Confederation tried to organize the country constitutionally.  Almost at the same time, a group of Santafesinos related to the new federal spirit and, at the same time, supporters of the constitutional ideas of the congress that was meeting in Santa Fe, resolved to promote the creation of a     which , apart from political ideologies, would foster bonds of fraternity among citizens , by every possible means promoting the moral and material progress of the country.

A club and a story

February 27,  1853 is the date recorded in the founding act of  the Club del Orden. The document made it clear how the hand was coming: “The club has no political tendency, but merely social. It is a practical essay on the principle of partnership between the members of a society that begins to enjoy the benefit of stillness and individual security.  It will contribute to the development of commerce  and industry, and to the dissemination of commercial news, being one of its special aims to recommend Santafesina society in the eyes of abroad through a carefree and generous hospitality”.

After the intense and lively sessions in  May , the month in which the coveted National Constitution was sanctioned, the capital of the province celebrated the event. The institution, not wanting to be less and accepting a request from the Government of the province, organizes a dance gathering in honor of the constituents.
The decisions of the Steering Committee were always of their solemnity and importance, since its partners were linked to the Government, to the colonizing companies or to the political nuclei. In one of these meetings,  General Justo José de Urquiza is appointed as honorary partner.

The headquarters of the Club del Orden was initially in Calle General López and 9 de Julio. Then in San Jerónimo, between Buenos Aires and Moreno; to move, at the end of the century, to San Martín between Juan de Garay and Rosario. For more than half a century it settled in the corner of Garay and San Martín, where about the end of the 70's it was destroyed by an explosion. Currently, it is located half a block from the previous site, San Martín 1936, meters from the popular pedestrian santafesina.

Cultural, sports and social activities are held in the Club del Orden. It has a library and reading rooms with the most important Argentine newspapers. There are livings, meeting rooms, entertainment rooms and party rooms. In addition, the club has reciprocity agreements in the enjoyment of activities and use of facilities with the Jockey Club of Santa Fe and the  Yatch Club  of Santa Fe.