Rawson, capital of the province of Chubut, is celebrating. 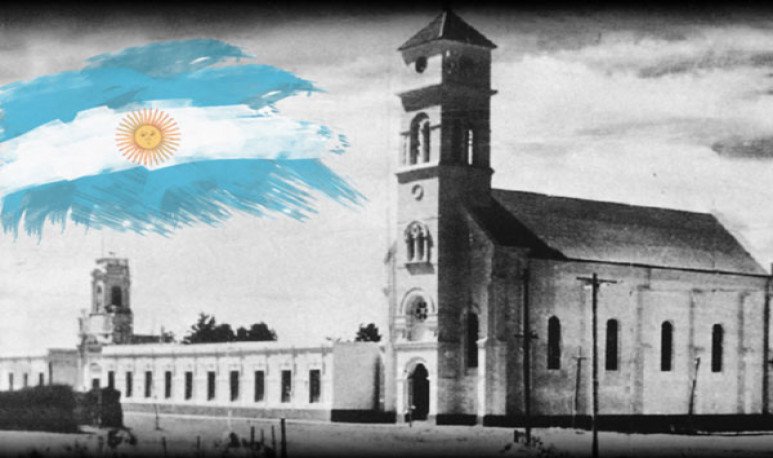 Territory witness to the relationship of coexistence that the native peoples and the  Welsh settlers  who came to the coasts of  Chubut , the city of Rawson, the capital of the province, celebrates 155 years of its founding.

Its history, however, could go back a few years before 1865, when the sailboat “Mimosa” arrived at what we now know as  Puerto Madryn .  Coincidentally, it was an explorer of Welsh origin, Henry Libanus Jones, who was based in our country since 1810, who landed in these parts and built Fort Peace on the Chubut River in 1854, 40 years after having found the mouth of that channel in another expedition.

Although until today it has not been possible to find the exact location of the construction that the settlers did take advantage of by calling it Caer Antur —Fort Adventure— or Yr Hen Amdiffinfa —El Fortin Old—, it is the first historical reference of an attempt to install it.of the white man in those lands.

There they lived the first months and tells the story that, on September 15, 1865, was the foundation of Rawson, at that time  Tre-Rawson  —  tre, in Welsh, means “village”  ,  and in Chubut are the towns of  Trevelin , “the village of the mill”, and  Trelew , “the village of Louis” — in honor of the then Minister of the Interior, Guillermo Rawson, who had facilitated the arrival of the settlers to Patagonian lands.

In 1866 Chiquichano himself came to the colony with his men to initiate exchange between the two communities. In addition, they taught him the art of hunting and cattle raising, as well as advised them to protect themselves from the hostile Patagonian climate.

With the creation of the National Territory of Chubut in 1885,  Rawson was established as head of the province and continues to be the administrative center of the province.The buildings of the dependencies of the various government agencies and the Legislature are located there.

State activity is the main activity in Rawson along with  fishing  and tourism, given that Playa Unión — which belongs to the municipality — is a highly crowded summer spot between December and March, as well asit is also during weekends in the rest of the year for residents of surrounding towns who decide to make a “getaway”.

Just six kilometers from the city center of the Chubutan capital, is the port of Rawson , at the mouth of the Chubut River to the Argentine Sea where they moor and from where the boats of the yellow fleet, dedicated to shrimp fishing,  shrimp  and hake. It is common to see sea lions that intermingle with boats.

The immediate vicinity of the port — and the surrounding spas such as Playa Magagna — are also a meeting point for amateur fishermen on the coast.The imprint of the fishing activity led to the holding of the  National Festival of the Southern Fishermen , a traditional celebration that attracts thousands of people every year with the performance of national artists, tasting exquisite marine dishes and choosing the queen of fishermen.

Following the same street that prowls the port, you can visit the seaside resort  Playa Unión , a place that every summer welcomes thousands of people who will enjoy the long coastline. While the waters are not as warm as those that might be found on other Patagonian beaches, such as  Las Grutas , that is not an impediment for tourists to enjoy the dip in the face of high temperatures.

With an amphitheater that welcomes local and national artists, an artisan fair, abundant gastronomic offer, campsites and lodging, Playa Union is a meeting point for families and groups of friends every year.

Every beginning of spring young people also choose the seaside village as a celebration point, but this year, like the anniversary celebration, due to the health situation, the celebration will be truncated.

However, let the situation not prevent us from remembering that, when the lands south of the Negro River were considered no man's land, a group of brave people were encouraged to dream about a new future. Happy anniversary, Rawson!