Home Argentine Traditions Chovet and his original feast of the tree 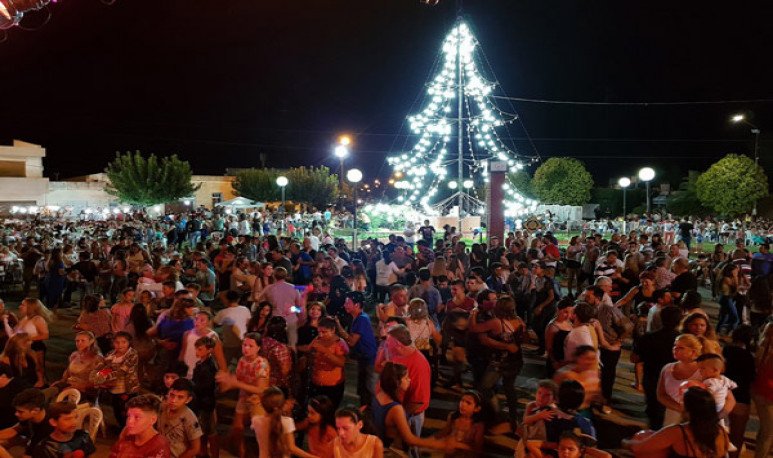 There is a Santafesina town that, one day a year, triples its population.  It is true that we are talking about a village of less than 2500 inhabitants. But that it is visited by about five thousand people is very significant. We're talking about Chovet , well in the south of the province, in the General Lopez department. And we talked about times in our history when mass events could be organized. Times we don't know when or how they will return, but we trust that we will revive them soon.

But why does this phenomenon happen in Chovet? Because they organize a spectacular party. In the middle of January, there is a popular event of the first level, with two well-festive seasonings : when in most of the country the Christmas spirit is already gone, here it is celebrated around a giant tree and with the stellar presence of the Three Kings.

La Fiesta del Arbolito is a traditional gathering that  brings together thousands of families around the communal square .In its center, you will find the tree of lights. It always presents an outstanding grid of shows.

The encounter around Chovet's Arbolito has the magic of combining an event that summons thousands of people, for its national shows, with  the “family” essence with which it started.  It is a meeting place, to share, to chat with neighbors and also to dance. In the village square there are several generations: the newborn baby, his father and the grandparents of the family. It is the big family of Chovet and the surrounding area, who eagerly awaits a summit moment of the night.The three wise men “come down from the sky” brought by a crane.They distribute toys and treats to children, and photos are taken. Against the backdrop, a unique fireworks show in the region.

A crazy idea that turned into a national holiday

It has been more than four decades since the birth of the Fiesta del Arbolito. The most veterans of Chovet l remember as a simple together.  They say that it was the neighbor Ramón Sosa who had the idea to hold a celebration with the Chovetense family. The ideal excuse was a dinner to the basket on the central square, more precisely around the gigantic tree of lights devised by Leopoldo Ballestrelli; another notable character of Chovet, who is in the heart of your people.

It was 1980 when the communal president gave life to the first edition that summoned many residents of the town. The party continued for years to come and more and more people from other localities came to Chovet to enjoy the unusual celebration.For those first events,  hundreds of planks and chairs were placed around the square where the tree is located.  There were even times when they had to ask Club San Martín to lend their chairs to meet the demand of people. Thus, it was how these encounters spread through the region from word of mouth and became increasingly crowded.

For the people it is a great sacrifice to make the feast of the tree and it fills them with satisfaction to see so many people coming, every year, to participate. Travelers join the locals, filling the tables placed on the sidewalks. The thousands of attendees surround the square, where the huge tree over 30 meters high rises. Some carry their basket with groceries. Others prefer to collaborate with the buffet, served by the local intermediate entities.

Today that dream of Chovetan visionaries was transformed into a national holiday. Feast of a tree that summons thousands of people.