It is a series of curves that have become a reference in the area of Chacras de Coria, in Mendoza. Where are they located? What do they represent? 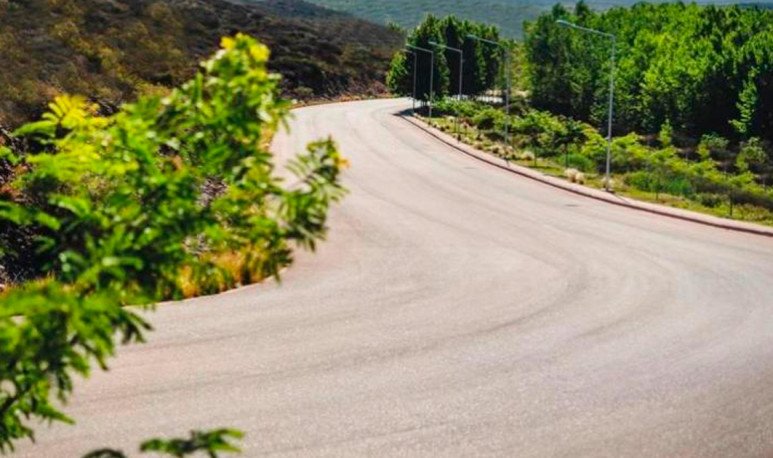 We Mendoza have many constructions, infrastructures and road works that we use as a reference when giving an indication or explaining how to get somewhere. Examples are the  Gates of San Martín General Park,   the Aircraft Rotunda or Los Bomberos Rotunda . However, there is one that is distinguished as the most commonly used reference point. It's the Snails of Chacras de Coria.

Overall,  this sector of Luján de Cuyo consists of a series of curves, with an important difference in height between the first and the last.  Thus, we can infer that its snail shape is actually used to connect two parallel streets that are located at different altitudes. These streets are the famous Panamericana and Darragueira Street, all within the district of Chacras de Coria.

But, in addition to these curves,  on Calle Panamericana there is a renowned service station, a roundabout, a nighttime entertainment venue, a building with commercial premises and the connection to the prominent Corridor del Oeste.  Therefore, the Caracoles de Chacras are an unavoidable reference when talking about any destination near this area.

But the Bajada de la Cuesta (name with which the curves that make up snails are  also known) is also optimal for physical activity for both runners and cyclists. So, if we go in a motor vehicle, it is advisable to do at very low speed since we can meet any of these athletes.  However, it should be clarified that, for some years, the area has had a bicisode for the practice of such activities.

Works in the area

So much is the demand for vehicles in this area that the authorities have been forced to carry out expansion and improvement work on the spot.  In the area they are building a double track that will include a green central flowerbed, new benches, new LED luminaires system and a bicycle path that will be located on the east side of the trace junction with the circuit that comes from General San Martin Park.

The plan also includes, in this sector, the construction of sidewalks on the east and west sides of the trace, which will be illuminated independently by pedestrian street lamps. This work will give Gran Mendoza an axis that will rank the tourist circuit that has experienced the greatest growth in recent years.

The streets that are separated by the Caracoles are occupied by commercial premises, bars and restaurants.  La Panamericana stands out for dancing and nightlife venues, especially. While, if we take the aforementioned roundabout and go down the Caracoles themselves, we go to Darragueira Street, over which we can access many restaurants, bars and cafes .

Thus, the  Chacras Caracoles  have become, over the years, a real reference for Mendoza. In addition, they are a spice of passageway through which we enter the microclimate that is Chacras de Coria, with vegetation and green landscapes.