For running, walking or cycling. To observe the city of Mendoza or to have a picnic in the mountains. Cerro Arco is open to everyone. 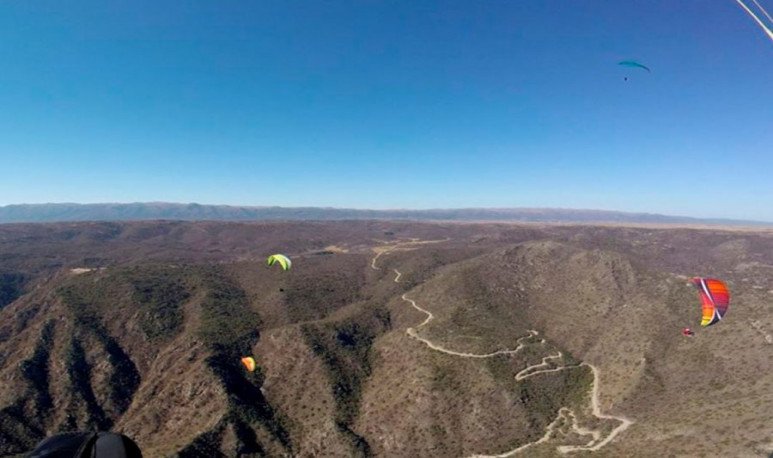 All Mendoza went, at least once, to Cerro Arco. To do physical activity, to walk and meet him, to fulfill some promise. We all  put it up sometime. Or well, maybe some were left in the attempt.

It is a hill located in the department of  Las Heras ,  14 kilometers from the City of Mendoza . Therefore, we talk about the nearest hill. In addition, its height is not what stands out. It barely exceeds  1600 meters  above sea level. If you want to compare to take dimension, the Aconcagua hill is 6962 meters.

But we're talking about a “familiar” hill, about hobbies. It is not a hill that climb those mountaineers who have more daring aspirations like the aforementioned  Aconcagua  or some summit above 4 thousand meters. Not for nothing.

It is a hill whose summit  is accessed by walking.  And it is even suitable for all ages, provided that you have a physical state, at least, acceptable. The  path , artificially drawn, stretches from the base to the top for  4.5 kilometers . With an altitude difference of  580 meters.  So it can be said that it is a medium-low difficulty activity. Although, in some sectors, the road becomes very steep.

It is very common to see teams of any sport in Mendoza performing the tuning in the physical. We also stumbled upon mountain runners or trail bikers practicing for some competition. However, as explained, the hill is also frequented by children, pregnant women and older adults. Even, many ascend with their  pets .

From the top of Cerro Arce you have a  panoramic view of the City of Mendoza  and its surroundings. It is very common for locals to try to locate their houses, the park or the most emblematic buildings. However, there are also some particularities at the summit, such as television antennas. Since it is a very high point but also close to the City, local television channels send their signal to the antennas of the hill and from there they broadcast it throughout the province. Therefore, for some maintenance, we often have to give way to trucks that ascend for technical issues.

Every time the full moon is announced, the plan is put together. Usually on  full moon Fridays  the hill is very frequented. Hundreds of people climb to the summit, watch the majesty of the night among the mountains and, upon their return, a banquet awaits them. It's just that at the base or on the entrance to Cerro Arco there is a place. This works permanently, supplying water and minutes to athletes. But, in addition, on full moon Fridays, it offers  an exquisite  barbecue   , to crown a dreamy night.