The National Festival of Gold Dulce is a tribute to honey and its workers that takes place in this town in Santa Fe. 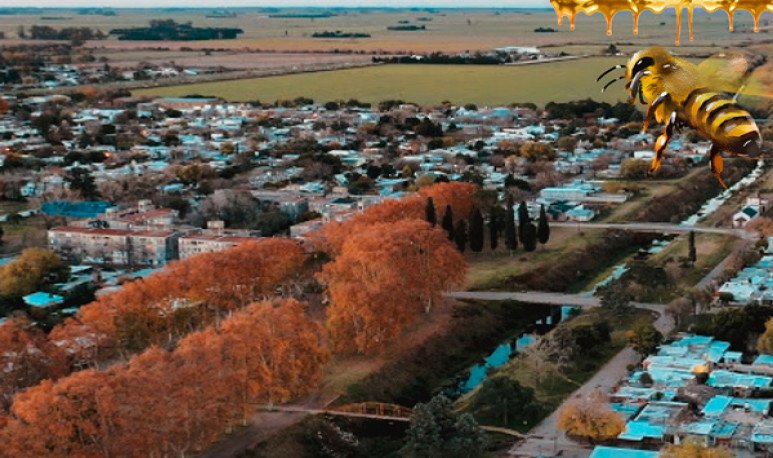 The Santafesina town of Casilda is, every year, the home of the National Festival of Sweet Gold. Yes. Gold Sweet  is one of the ways in which honey is called . This event, which lasts for two days and is celebrated together with the  Provincial Festival of Honey , is  a tribute to all those who participate in the beekeeping production in the town of  Santafesina of Casilda and surrounding areas.

The meeting, under normal conditions, takes place during the second half of the year. Organized by the Club Atlético Aprentices Casildenses, it  includes an artisans fair on the main street of Casilda and an exhibition of beekeeping producers  as well as didactic talks for students and microentrepreneurs.

As happens in every town that organizes such an event, the celebration is supported and sponsored by the Municipality of Casilda. La  Fiesta is not only a place to enjoy cultural shows but also a meeting center  for both consolidated producers and small entrepreneurs to learn about the updating of techniques and new trends in the beekeeping industry.

The event is held jointly with the Provincial Festival of Honey, whose origin is earlier and  already has about forty editions under its credit . Therefore, Casilda is adorned by double entry. Every year, the village is  transformed into  a forum where problems and innovation in  the production of honey and its derivatives are analyzed.

In the evenings, local and regional artists take the stage to encourage attendees with their performance, which includes various musical genres . The program of activities also offers numbers of dances and popular dances.

Casilda, located in the south of the province of Santa Fe, is the Provincial Capital of La Miel. Born from private initiative, it  was originally closely linked to foreign trade and grain production  that began to develop around 1878. It was during those years that the first Argentine shipment of  wheat  destined for the European market came out from Casilda.

The growth of the city was largely thanks to the agricultural expansion, which  was favored by the proximity of the port , but also as a result of the work of  immigrants who settled in the area and the installation of the Ferrocarril Oeste Santafesino in 1883. Trade, milling and cereal harvesting made it the center of regional exchange, which led to population growth and housing construction.

During the last decades of the nineteenth century, the  residents organized themselves  into promotion commissions to regulate development and address urban design through road works, lighting, afforestation and channeling, facts that contributed to  Villa Casilda reaching the rank of city  on 29 September 1907.

The festival, which includes a stop for  Grenaderos  of the Campo de la Gloria detachment, culminates with a parade of provincial and national queens, followed by the election and coronation of the Queen National del Oro Dulce, which for the span of one year will have the responsibility of representing Casilda throughout the country.