The small town of San Eduardo has the best in the country in canned food, and shows it at a party. 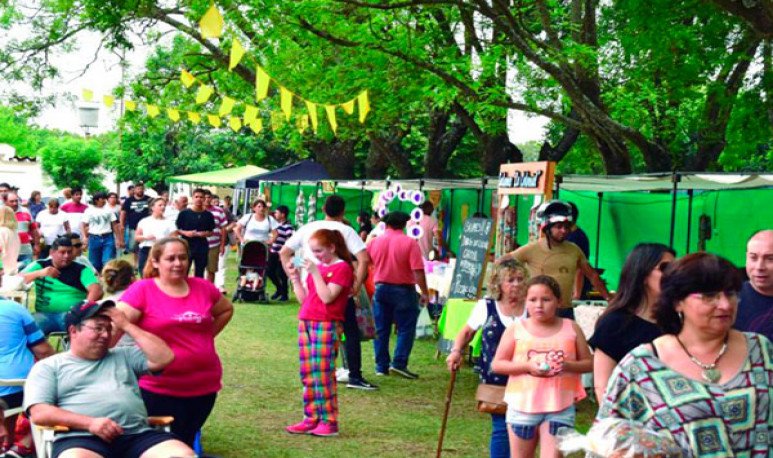 Countless times I did, by land,  the 500 kilometers (miles go, miles come) that separate the capital of my province with that of the country . Whether by car or by bus, there is a peculiarity, during a long stretch of the route. From Rosario to San Nicolás, on the Buenos Aires side, there are many stalls on the national route No. 9. They sell everything, but there is a constant -  a huge variety of preserves. Pickles of the most varied meats, olives , figs and many other products, handcrafted in jars.

In that part of the south of Santa Fe and the north of Buenos Aires, entrepreneurs are masters in the production of canning.  There is a small town in Santafesino that has so entrenched this tradition of food production that presents it, year after year, in a beautiful event:  the Provincial Festival of the Conservas of San Eduardo.

San Eduardo is a town belonging to the General López Department, and is located on the provincial route 4 S, 17 kilometers south of the city of Venado Tuerto. It has a population of about 1000 inhabitants. It is an area rich in land and climate, so it is a totally agricultural-livestock region.

The name of San Eduardo reminds Eduardo Casey, who promoted the creation of agricultural colonies. On May 4, 1908, the commune was created.

The production of preserves is a tradition rooted in this town. That is why,  with a large public setting, the town presents this event every year.  It is organized jointly by the Commune; the Culture Group; and always has the auspices of government entities that are interested in the cultural and economic proposal of this provincial festival.

The charm of every santafesina holiday

The activities of the festival are concentrated between Saturday and Sunday in and around the main square. Artisans, entrepreneurs and resellers participate.  In its last edition, the record of having more than 150 exhibitors was set.

There is no doubt that the main attraction of the Provincial Festival of Conservas is to acquire the wide variety of ricures that are enthralled. But, in Santa Fe, a provincial holiday is not such a thing without musical shows. Thus, each edition of this meeting is accompanied by regional references, mainly folklore and tropical music.

The significance of the celebration, over the years, was such that since 2006 the organization became under the orbit of the Commune, and a year later it was declared Provincial Festival.  It's just one of those events that “wake up the whole town.”  It makes its inhabitants feel valued and recognized for something of their own. Something so from them, that arises from nthe roots, from work and effort.

After many years of looking for it,  San Eduardo has paved access  by the Government of Santa Fe.   That is another reality that includes, communicates and helped to come back to life in such a small town. So, when you can travel and the people of the country want to meet San Eduardo in its beautiful provincial festival, they can easily do it. You will be able to know a town that is proud and shows the generational heritage in the production of preserves.