Home Argentine Traditions The Half Hour

Half an hour candy stand firm in kiosks, even though most people do not consider them to their liking. Why will it be? 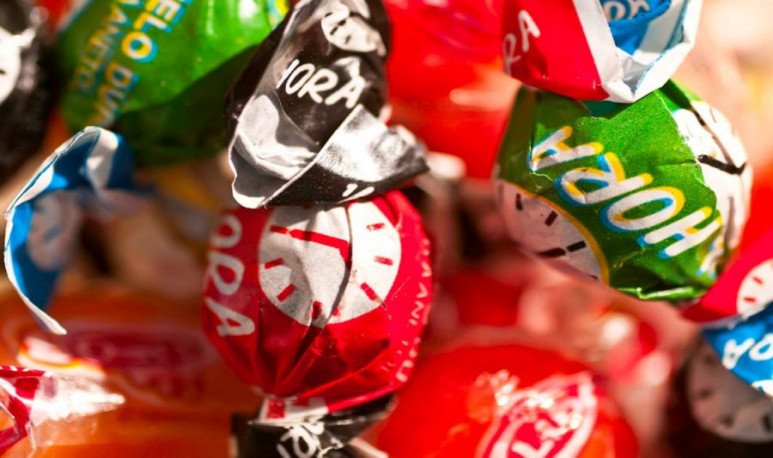 Rarely a simple  treat  generated so much controversy. Beloved and hated,  candy Half Hour  have fans and enemies. When it comes to them, there are no grays: either you love them or hate them. Neutral has no place. The most interesting thing is that, despite their bad fame, they remain undisturbed in kiosks over the years.

The ideologue of such a particular  treat  was  Rufino Meana,  an Asturian from Uribelarrea, province of Buenos Aires. It began to be manufactured in 1952 and is the oldest candy in the country, after  Sugus .

Unlike most treats,  Half Hour  do not target children. Never in the story ever heard the phrase, “Mom, buy me a half hour.” It's a candy for adults, for a particular type of adult people. There are those who suspect that their usual consumers have as a hidden goal to converse, and that no one wants to. And that is achieved only with the Half Hour.

The Half Hour, besides, cheat. Its  colored wrap    promises something more, but once removed it offers us a rather unattractive black ball. They also come in different colours. One would think it's because of the variety of tastes, but not: everyone likes  anethole , an organic compound found in anise and fennel.

Anyway, candy will last through time, and  for something it will be . Maybe there are those who secretly consume them and punish them in society. Perhaps the myth of ugly and old-fashioned treat is stronger than reality itself. It will be a matter of trying: next time you pass by the kiosk,  give half an hour a chance.

Carnaval Correntino has dates and prices