To celebrate the anniversary of Avenida de Mayo, a number of activities are planned. 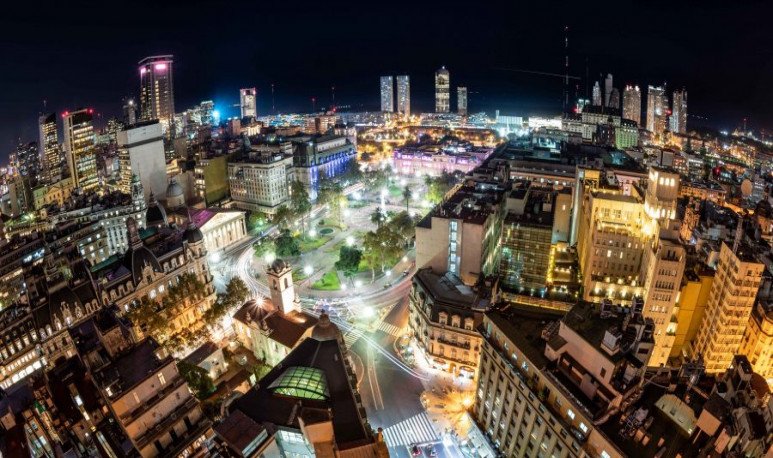 Avenida de Mayo , the first artery of its kind in South America, will be on Tuesday 9,125 years old. A series of activities are planned throughout the week to celebrate this new anniversary.

Activities include tours of emblematic avenue sites. In addition to conferences, exhibitions and shows with live music in the city's notable bars.

Located in the district of  Monserrat , Avenida de Mayo is the backbone of the historic and civic center. At one end is the  Government House  and the other is the  Congress of the Nation  . It connects the historic  Plaza de Mayo  with the Plaza del Congreso in an area of about ten blocks.

Its planning was much debated and resisted because it required the expropriation and demolition of buildings belonging to the high society. It was also considered extremely expensive.

Its realization was inspired by the boulevards of Paris. But the mighty Spanish immigration typified its Hispanic character by populating theaters of zarzuelas, cafes of Madrid tone, athenaeums, literary associations and peñas, influencing its architecture. For this reason it is usually compared with the Gran Vía Madrid.

It became the grandiose stage of public life in the early twentieth century. The fronts of its sophisticated art nouveau, neoclassical and ecletic buildings were a magnificent setting. Below its route is the first subway in the Southern Hemisphere,  Line A . It goes from Plaza de Mayo to San Pedrito, in the neighborhood of Flores.

A decree of the National Executive in 1997 declared it a  National Historic Site. 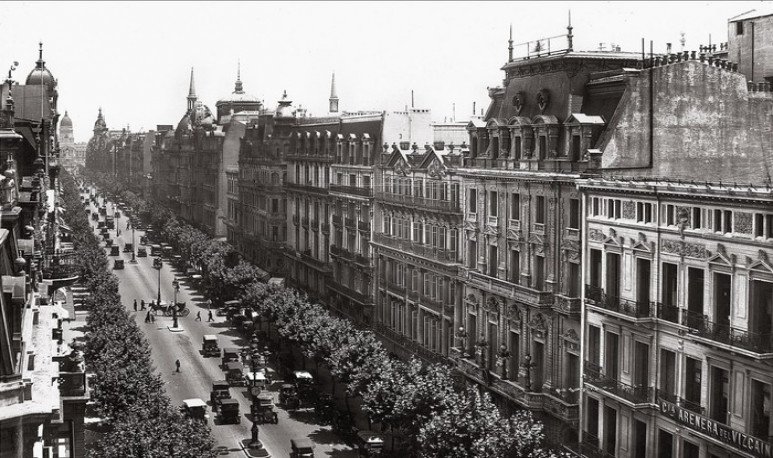 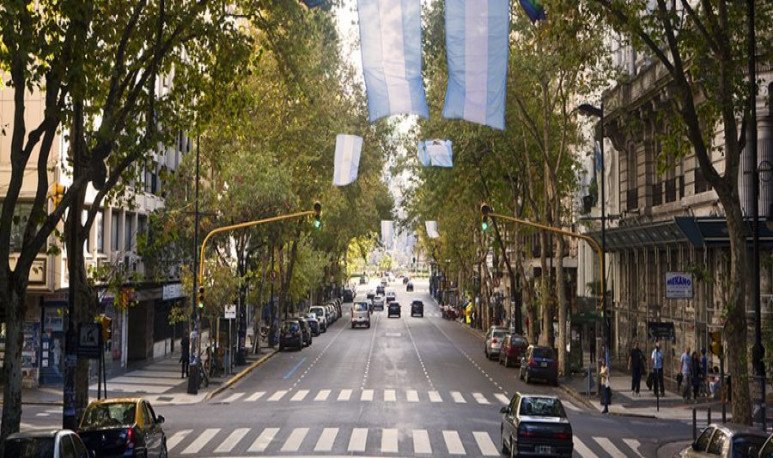 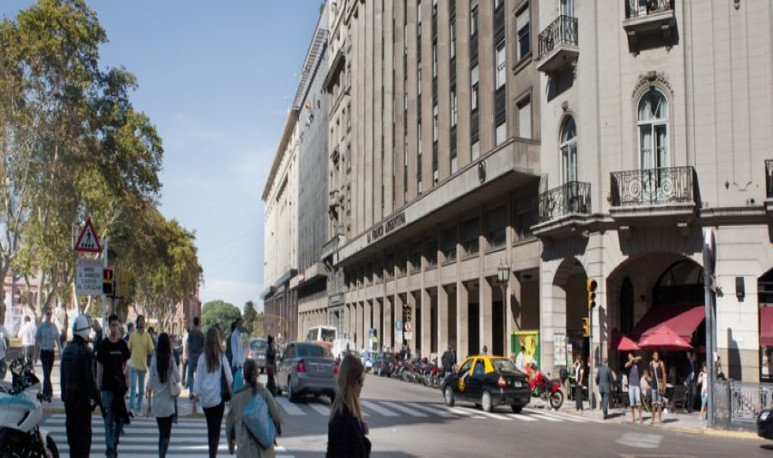 Coffee and the emotional roots of our culture