In addition to paradisiacal beaches, in Rio Negro there are various popular festivals that give more color to summer. 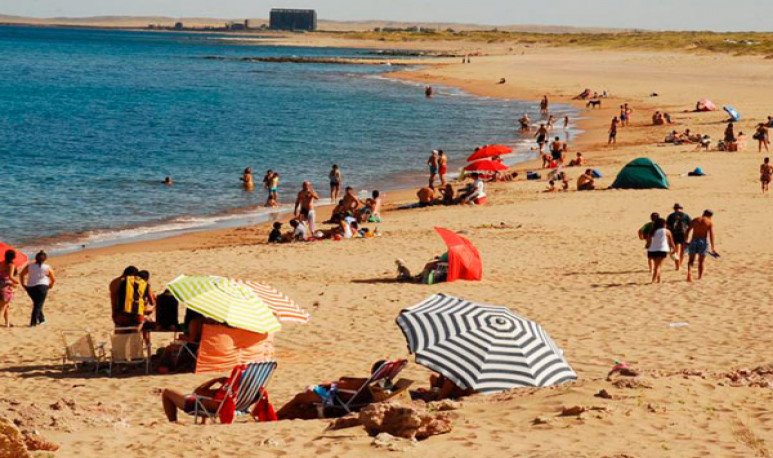 The   rionegrino summer , in addition to inviting us to enjoy its  paradisiacal beaches -which are also a little warmer than in the rest of the   Patagonia -, calls us to attend its many popular festivals that bring together thousands of people.

Grab the map, mark the places with a point and let yourself fall in love with the celebrations that take place on the Patagonian coast.

The Provincial Festival of the Sea and the Camping  is held in the  El Condor  spa, located just 30 kilometers from  Viedma , the provincial capital. There is held every summer this holiday that takes place since 1973 as a way to start the season and pay tribute to the sea.

Thousands of neighbors and tourists are coming to El Condor who celebrate and enjoy a large schedule of activities, sports competitions and artistic shows that for a week give color to the summer of this beautiful spa.

In San Antonio Oeste,  every February the Provincial Festival of the Marea  takes place, which since the 90s became a celebration that filled with identity and history the town that was born with the force of fishing activity and grew with the hand of tourism and nautical activities.

During the three days there will be different activities such as a nautical procession to the Virgin, seafood tasting, sports in the estuary, games for children and national and regional shows that set pace the nights of the party. Two unfailing traditions of this celebration: the choice of the queen, and the tasting of a giant and popular paella for all attendees.

The National Festival of  Golden Beaches  , held in the spa of the same name which is located a few kilometers from  Sierra Grande ,  also takes place in February every year in this place recognized for its fine sand and tranquility, which during the last few years became a boom of the Patagonian summer.

During the celebration, neighbors and tourists stroll along the globe where the works of the different local and regional artisans are exhibited and, in addition, they can enjoy a luxury show thanks to the various artists who participate in the evening.

In  Las Grutas  , perhaps the most recognized spa in  Rio Negro  -and Patagonia-, the  National Festival of the Blue Gulf takes place, which originated in 1985, when the first provincial festival was held, which was declared national four years later.

The celebration lasts between 4 and 5 days, in which different sports, theatrical and film activities are held, while also enjoying the performance of national artists. The closure ends at full pace with the election of the queen and a fireworks show.

We arrive at the end with  the Provincial Festival of the Port Worker  held every February in  San Antonio Este  , the place where the deepwater port is located.

The festival takes place in the amphitheater of San Antonio Este and during the days of the celebration, the neighbors and tourists who attend buy and taste the roast fish that is prepared there. The skills of those who perform the filleting are also observed.

The harbor's murga, music shows and sports competitions give colour to the celebration that honors dockworkers.

On the rionegrina coast, in addition to welcoming us to enjoy the summer, they know how to spend it in the best way with their popular festivals: cultural activities, sports competitions, artistic shows and the must-have dishes to taste among the Patagonian beaches, are an ideal bread to spend your vacation.