The Santafesino town famous for being the birthplace Soledad Pastorutti has an important national holiday. Soy brings together thousands of people every year. 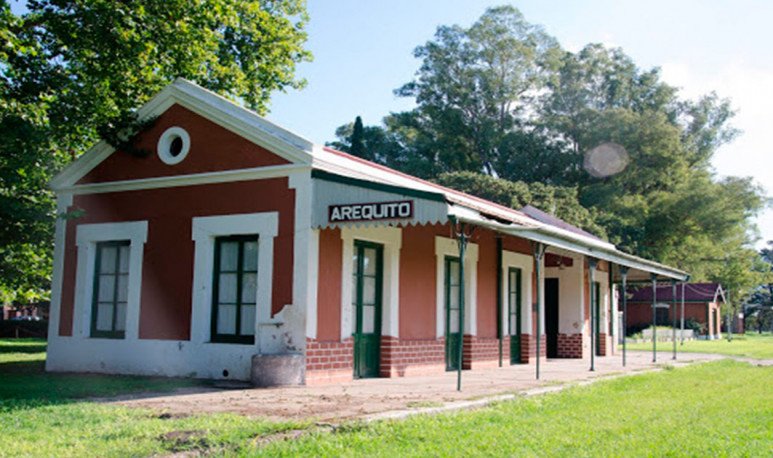 Arequito is a pretty small santafesina ocality.  Its population does not pass seven thousand inhabitants. In the 90s it began to be a little better known, because there was born the famous  Soledad Pastorutti . But  there is an event that,  every year,  places Arequito at the center  of the scene. In the village the National Soy Festival is organized year by year. What's more: the village is the Argentine capital of this legume.

The meeting has been held uninterrupted since 1977. Agricultural production is the center of the village's dynamics, in  a constant expansion of planting and  harvesting .  The festival pays tribute to soy production, starting with the growth in both the quantity and quality of the guests, the level of organization and the social, cultural and economic results for the whole city. In this way, today it is considered  one of the most important productive celebrations in the country.

Organized by  Club Atletico 9 de Julio,  usually done in October. For several days, the small town dresses up on a holiday, while it is an obligatory meeting point for businessmen and agrarian technicians nationwide. Over time, the number of attendees grew, to the point that, at present, it  gathers more than 10,000 people.

During the three days of the party, there are dinners, artistic shows, humor shows and the election of the “National Soy Queen”. Musical artists such as Soledad Pastorutti (obviously), Pedro Aznar,  Juan Carlos Baglietto  and Lito Vitale, among others have been on stage.

The party has a Multifunction Space where various activities are developed.  There are fashion shows , the aforementioned choice of the soy queen and various dinners-entertainment. These are done in order to commemorate the presence of dissimilar actors in the field of soybean production, such as chambers, originating producers and marketing groups. Meanwhile, in the Ferroclub Predio, a fair of regional entrepreneurs and artisans and  an agro-industrial exhibition is usually deployed.  Open tango lessons are also given, given by locals and games for the youngest. In addition to all these events, in recent years the organizers have added a car racing show, where Arequito is the starting point for the so-called “ Rally Santafesino ”, an outstanding sporting event of the province. Access to such programs is free and free admission.

According to the municipal government, the purpose of the celebration is, in addition to sponsoring a time of cultural and social  gathering, to promote the dissemination of technical knowledge.  The idea is to provide agricultural producers with a better use of the farm and a closer approach to the latest research on soybean production in the country, as well as soil improvement, planting methods, pest control and crop system.

To celebrate the production of soy,  for the inhabitants of  Arequito , is to commemorate their tradition . They remember their past to glimpse their future. From the privileged step granted by the scaffolding of the national economy for decades, it has the support of the community, the government of Santa Fe and the national state. Arequito has become one of the most important  agricultural production centers  . It is a reference for soy, not only in the province of Santa Fe, but also in Argentina.

A party and the real risotto

What was the role of Saint Martin?