The traditional Arid Zone Livestock Festival will be in virtual format. Is this the initial kick for a virtual festival season? 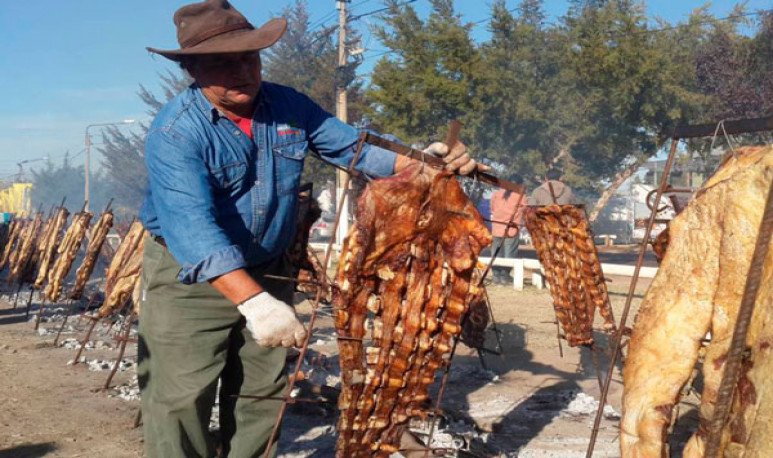 With the arrival of  spring and summer, the festival season usually starts, with the corollary that means the National Harvest Festival . However, the pandemic has forced the different organizers to rethink the physical performance of many traditional shows and festivals for the people of Mendoza. And,  while defining the situation of the   Harvest Festival , some events have already begun to be suspended and others were already confirmed in a new format.  That is the case of the Arid Zones Livestock Festival of   General Alvear  , which will be carried out virtual, with products to go and some draws to stay á n for the next edition.  This is how, possibly, a season of virtual festivals opens.

The  39th edition  of the National Festival of Dry Zones Livestock  will be held on 30, 31 October and 1 November 2020 online  . Speeches and training days will be broadcast by streaming, the auction will be face-to-face and will sell ribs under the take away modality.

The idea is that the party, which is held year after year  at the fair site located on Calle 7 and Route 188,  is not to be present in the calendar of Mendoza. The event mutated to a digital format, but will maintain some of its traditional activities such as the  official opening ceremony, the speech of the president of the chamber and the president of livestock that will start the livestock auction, technical talks and, on the last day a sale, of the  traditional ribs to   take away.

La Fiesta is very important because  it is the way to keep an emerging industry alive and in general consideration, but it is growing season after season in Mendoza . It is that the climatic conditions of our land have historically led economic activities to be turned over to vineyards, fruits and vegetables. But, for some years,  the southeastern Mendoza areas, which share slightly wetter characteristics , have been lent for cattle breeding.

Finally, another classic of the Arid Zones Livestock Festival is  the draw for a 0 kilometer van.  The leaders of the institution confirmed that the van  will be drawn in the next edition of the party  , because due to the current problems will not take place the traditional lunch that triggers in the big draw.

The holidays that are coming

There are many holidays that are marked in the Mendoza calendar  between October and March. Everything related to Harvest, district, departmental and central event; Via Blanca, Carousel, Blessing of Fruits, Harvest Festival and other private events. But also, Feri Agro stands out in Luján;  the Tonada Festival in Tunuyán ; or the Melon and Watermelon Festival in Lavalle.

Therefore, all the organizers will look directly at what happens with streaming with the Livestock Festival because, if it is positive, surely, everyone will become virtual festivals during this season.

The most important holiday in our province is not confirmed, much less. Even the proposal of vintage actors and filmmakers is that there is no cease to be a central act with script, music, lighting, etc. But they do admit that it could be recorded and broadcast on television.

There is nothing confirmed, but all events, even if they are virtual festivals, must be organized in advance. That's why it's time for definitions, we'll have to be attentive.