Home Argentine Traditions An atypical anniversary in the capital of Pampeana

On April 22, Santa Rosa, the capital of La Pampa, was 128 years old. An atypical anniversary within a context that no one imagined. 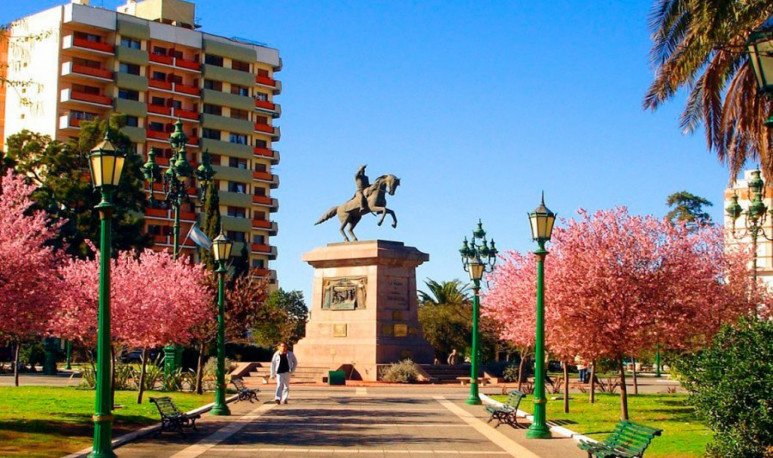 The birthday of Santa Rosa (La Pampa) happens in an unthinkable reality for any Santarrosino, Pampas and Argentinean, crossed by the COVID-19 pandemic and social isolation measures, preventive and compulsory. So this scenario prevented from performing, as was traditionally customary, street celebrations, cultural events and public events. Santa Rosa had an atypical anniversary!

The city of santarrosina has   more than one hundred thousand inhabitants   (103,860, according to the 2010 census) residing in some 60 neighborhoods. In recent decades, it has grown noticeably, especially as a result of the construction of social neighborhoods in the east of the city.

Although the community could not go out on the street,   the festejos were reinvented   and various activities were carried out to enable neighbors to commemorate the 128th anniversary from their homes.

Among the planned actions, the Online Conversation was held under the slogan: “From the tranquera to virtual reality”, which brought together different social actors in the city in a live on Facebook Live.

On the other hand, from the official Fan Page of the Government of Santa Rosa they showed videos of the city, with its lonely streets and an emotional message.

In turn, from the Municipality, it was invited to stroll through the ancient Santa Rosa through a photo gallery of places, characters, events, everyday life and customs between the years 1892 to 1911, which are part of the   collective memory of pampeana.

There will also be the possibility of watching short videos about the commercial and social activity of the first years of the city and places such as the old Government House, the hospital and the cemetery.

How was Santa Rosa born?

The city was founded on April 22, 1892 by Tomás Mason. By then, that territory had become the destination of immigrants, mostly French and from Trenque Lauquen.

It was decided to call the village Santa Rosa de Toay, in honor of the wife of the founder, Rosa Fuston de Mason.

At the historic moment, Don Tomás spoke allusive words in the center of the paddock destined to plaza and the foundations of the future municipal building were dug.

A tradition, by videoconference