2021 will be an atypical year for the Santacruceña city of Los Antiguos, which will not hold the National Cherry Festival. 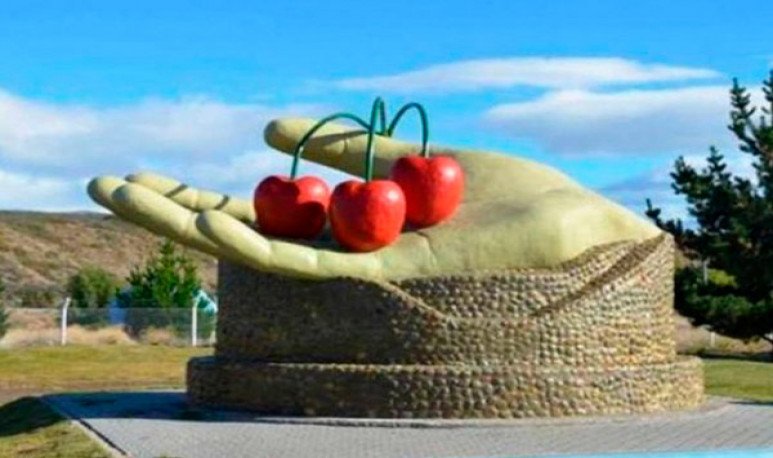 Summer fruit yes there are,  cherry  is one of the great agrotourism activities of   Los Antiguos, town in the province of Los Antiguos     Santa Cruz  . Although there are other towns and cities with  fine fruit activity, such as Chubutenses Epuyén or   Gaiman , among others, the  santacruceños have something else:  National Cherry Festival , and it was held 31 consecutive times.

Unfortunately, this year it will not be possible to enjoy it because of the pandemic, the restrictions and the difficulties it entailed: the organization of a popular holiday of this magnitude takes time and logistical months to work together between cooperatives, workers and the State.

The uncertainty of vaccine did not, yes, cases on the rise or not; caused tourism around it to be stopped and thus enjoy a great return in 2022.

Consecutively, this Popular Festival  held every January since 1991 , organized first by the neighbors and then in conjunction with the municipality, is one of the great events of this town west of the  Patagonian province, being the last one before moving to the neighboring country, Chile: not only can you buy   cherry   but also listen to great regional and national artists such as  Rally Barrionuevo,  Tekis , Initi-Illimani,  Leon Gieco , Valeria Lynch, Chaqueño Palavecino, Salta, Opus 4, Leandro Lobato and Los Huayras, Vicentique, Daniel Altamirano, Mario Alvarez Quiroga, Ofelia Leiva,  Abel Pintos ,  Lali Esposito , the Pimpinela , among others.

The Festival was born with the purpose of “returning” something to nature that provides so much at the economic, social and cultural level.   Since thousands and thousands of people arrive to taste such rich fruit, small but great sweet taste and a deep reddish color, as its properties, benefits and the various recipes that can be made with it. Although almost 90 percent of production is exported, there are large volumes for visitors to enjoy cherries harvested in the village of about five thousand inhabitants.

“It is impossible to think of a party of that magnitude and tourism. We can only talk about internal recreations, but not tourist. We cannot receive people from other parts, because if they have any health problems, even beyond COVID, we do not know if we will get room to refer them”, insisted and sincere the mayor of   Los Antiguos , Guillermo Mercado, in numerous statements in the media.  Lake Buenos Aires is the   center of the festivities with a demonstration of all the activities that can be done in its waters and coasts: fishing competitions, water activities, beach games, skate challenges, music battles, murgas, barrel contests, mini kayaking school, artisans and producers fair.

Taking advantage of summer temperatures, is that the villages of  Patagonia hold numerous festivals and cultural events to promote a social and economic circuit local around some particularity and identification thereof:  Octopus Festival in Playa Magagna  - a small spa located a few kilometers from  Rawson   , which depends on the capital Chubutense- and/or  the National Steam Train Festival in El Maitén, to name just a few cases in the neighboring province of  Chubut .

In a different and prohibitive year for holding large events and where many people have had to stop their day to day, not being able to enjoy the large scale of visitors is difficult: but the year 2021, although it will still be quite atypical and with a new normal that does not end convince people, will result in a progressive return to mass cultural events and hopefully you will be able to enjoy the 32nd edition of the Cherry Festival in the National Capital of that fine fruit. January 2022: to already score and think about possibilities to travel to Los Antiguos and enjoy the fruit, landscape and activities.