This summer we will not be able to see the spectacular productions that the Santa Fe town of Sastre offers in carnival. 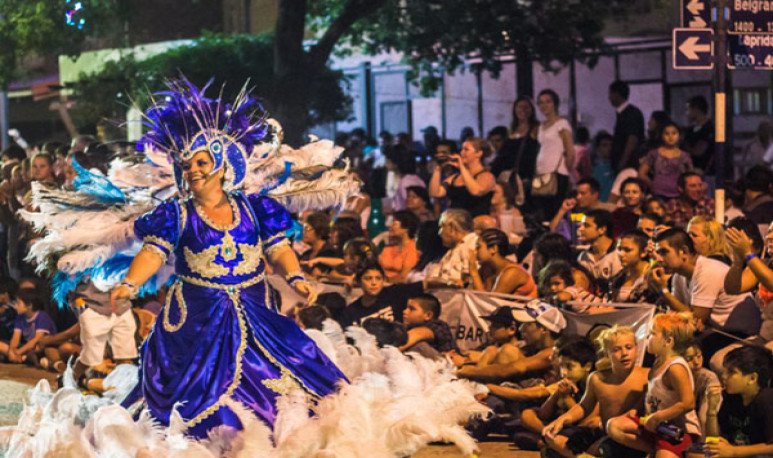 Sastre is the capital of Santa Fe Carnival. It is the head of the San Martín department and  is located 140 kilometers from the provincial capital.  It is easily reached by national route 19. His carnivals aren't “a few more.” Sastre's long tradition at this celebration makes them an event of interest to thousands of people from all over the country, but, due to the current epidemiological situation, the  fabulous Corsics  which Sastre organizes every February will be postponed to 2022.

The news caused shock because, although the suspension of events in this context is expected,  this edition of the meeting had a plus: the celebrations of the 50 years of the historic “Penambí Berá” comparsa , a tailor icon. So, after 41 years, Sastre will not have carnivals

Amid the uncertainty about COVID-19 and without a clear picture of what may happen in the coming months with the large-call shows,  the Municipality had confirmed four carnival nights in July at  the corsódromo de plaza Independencia. They were going to have their opening night on Saturday 30 January and continue on Saturday 6 and 13 February. Closing was scheduled for Monday 15th of that month, coinciding with the national carnival holiday.

A little more than two months before the start of the festival, from the Municipal  Palace  indicated that the different aspects inherent in this were evaluated. And one of them is that,  to this day, there is no provincial authorization for mass holidays . Another reason that prompted the local executive to suspend the Corsicans is the protocol. If you have to follow one, your control would be complex beyond it would not be consistent with the spirit of carnival.

Carnival in the blood

Sastre was populated by immigrants of various nationalities. Perhaps this influenced the fact that,  already from the beginning of the twentieth century, the rite of carnivals began to appear  . They were small, of a purely local character. But, over the years it was projected as something identity, which began to represent them. We must not fail to mention the support of the first carnivals of the numerous musical bands,  vocational  theatre workshops and a movement of people stubborn in the construction of floats. That artistic-craft legacy of the first decades also marked Sastre. Thus, the town today has a very important artistic tradition, still in force.

The  1960s  was a hinge in this story. It was in those years that  the tailoring carnival was regionalized , becoming more popular year by year, bigger.

The 70's came with the definitive conformation of “la comparsa” that represents Sastre to the present day. Penambí Berá, as well as its mechanized floats, were unmatched in their time and recognized throughout the province.  The 70 also arrived with provincial recognition , declaring Sastre as the Carnival Capital.

The most recent chapter in this story relates to the formation in 1991 of the Sastre Ortiz Carnival Association (ACSO) composed entirely of representatives of various media institutions. This organization performs a double task: maintaining the validity of the carnival party, as well as  helping  with the profits generated to the institutions represented, granting theis an invaluable aid, which ultimately safeguards the cordial ties of an entire community.

Local authorities say they are working on alternatives and  looking for other ways , whenever the context permits, so  that the year of Penambí Berá's 50th anniversary does not go unnoticed.