Home Argentine Traditions A struggle between nature and history

In Ostend, Arturo Frondizi's house is about to be buried under the sand. Heritage and environmental care: how to save the Elenite? 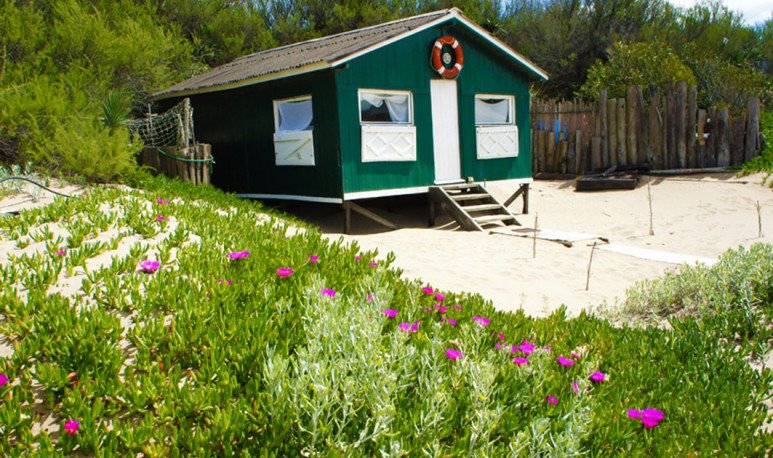 Nature or historical heritage? This is the great dilemma they have for these times in the town of Ostende, belonging to the Municipality of Pinamar, in the province of Buenos Aires . It happens that the Elenite, the summer house that former President Arturo Frondizi built in 1935, is about to be buried under a doctor. The force of nature against the power of history.

Casa Elenita is located onOstend 's Rambla Sud, between Anvers and Stockholm Streets. It is a small wooden box built on the beach by Frondizi himself and his family. There he spent long years with his wife, Elena Faggionato, and his daughter Elenita, in honor of whom he baptized the house. It is considered a model of sustainable construction among dunes, the only one that managed to survive for 85 years. The house was declared a Provincial Historic Monument, as well as a Historic Heritage Building of the Pinamar Party and of Municipal Interest, along with with the declaration of Vecino Ilustre de Frondizi, Argentine President between 1958 and 1962.

However, that whole story is in danger of falling under a 17-meter-high average. According to a report from the Pinamar Maritime Front, the situation is worrying: “The construction is surrounded by a huge volume of living sand and the height of the dune exceeds that of the little house. In addition, it is located in a beach area of the Sea of Ostend which is an area of accumulation of sand, where the entry of this material into the continent is constant.”

Mercedes Faggionato is the political niece of Arturo Frondizi, and is heir and custodian of the historic little house. In addition, he lives only four meters from the place, and watches day by day as the sand progresses and the Elenite runs the risk of disappearing at any moment.

To save the place, Mercedes met with other neighbors in the area and formed the Amigos de la Elenita Association. Since 2015, they have been requesting the assistance of provincial and municipal governments. In March 2019, they presented to the Intendencia de Pinamar a recoveryproject designed by professionals specializing in coastal dynamics. So far, they have not received a reply.

On the other side of this conflict, the environmental issue and the laws that preserve it are addressed. According to sources in the Municipality, it is not possible to completely remove the dunicultural cordon surrounding the house, as there is legislation prohibiting it.Therefore, any intervention carried out should guarantee the preservation of the monument without altering the coastal dynamics .

In this way, we enter the dilemma: respect for nature or the preservation of a part of our history?A difficult task lies ahead of the neighbours and the authorities of Ostend . Hopefully, it is possible to arrive at a solution that can keep both factors in balance.

The House of the Father of Democracy