Home Argentine Traditions A party that is not for salames

We tell you about a special event for lovers of cold meats and especially salame. A celebration that honors the sausage most loved by Argentines. And on top of it is Cordovan. 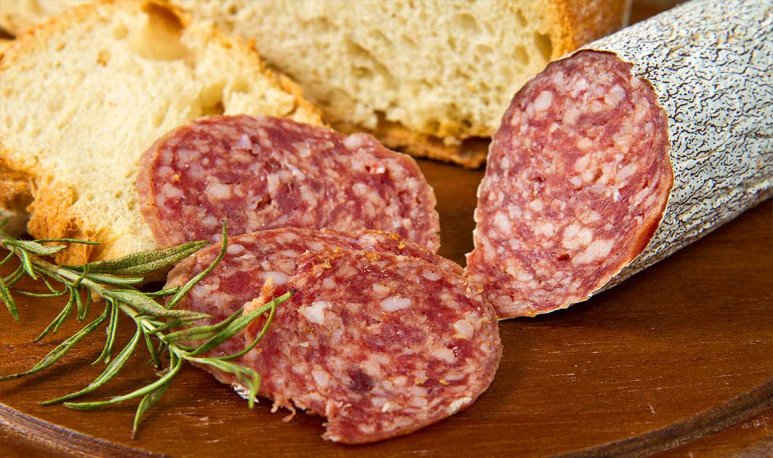 This holiday is celebrated in August  and is expected by all sweet tooth.  For lovers of good food,  sausages and chacinados, it is paradise. This is the  National Festival of Salame Casero,  which is celebrated in  the city of Oncativo.  This town belongs to the  department of Río Segundo  and is located in the center of the province of Cordoba. Just 76 km from the provincial capital, this city bears a name  from the language of its original ancestors.

The term Oncative  comes from quichua.  The words that make up the current name were  “unqu”,  which means sick, and  “t'iw”,  sand. Its translation into Spanish would be  “arenales enfermizos”.  This toponymy arises due to irritations that occurred in the respiratory and visual tracts of those who lived or passed the place. Today, this land  is no longer that of the sickly sand , although it retained the name. Today, it is  the land of homemade salame and good food.  This city was founded in 1869. During the 19th century it was a town that was located on the road between Cordoba and Buenos Aires. So it was consolidated as a  secure stop in the middle of the trip.  Oncativo was  a must-see place for travelers  . This region was, from its origins, a source of agricultural and livestock work.  Although it also stands out for its metallurgical productions.

Like many other towns in the humid pampa, Oncativo became the  home of many transatlantic immigrants,  about all  or Italians Piedmont and Spaniards.  The tradition of Salame Casero comes from the other side of the pond, to stay. And  become one of the traditions  par excellence of this Cordovan area.   The production of  chacinados, that is, dehydrated meats in home procedures, is  recognized nationally.  They come from foreign traditions that came to stay and  be part of our identity.  So the  National Holiday of Salame Homemade arises.  This national meeting  is held every year and is organized by different local commissions. The main responsible for  managing and organizing this popular tradition is the Club Deportivo y Cultural Union. They are in charge of summoning the artists and producers who will be part of the festival.

The area's gastronomic area is revolutionized as the long-awaited date approaches. All producers join to work around the event,  preparing the best sausages.  Selecting their best productions to exhibit them at the National Festival of Salame Casero. In addition, a kind of  local competition of high prestige is generated. Since each of the producers who are presented compete for the stalls of  King del Salame home and King of Salame commercial.  Wearing these badges, in these lands, is to carry the trademark of an  original and unmissable taste.

This event summons a  large part of the community.  The entire population of Oncativo and surrounding area is looking forward to this time of year to celebrate as a family. In addition  , producers, neighbors and students  of agrotechnical schools, who  collaborate with the organization , participate.

The birth of a special celebration

The idea of a celebration of such caliber arose among friends. It was the year 1975 and, in a meeting of residents of Oncativo, they proposed to taste different types of salames. This became a sort of contest. And the protagonists were the jurors, who decided which was the richest. With the passage of time, the idea of expanding the concept arose. That's how it came. In 1976 it was declared of provincial interest and, in 2001,  national recognition was achieved for the Festival of Salame Casero .

Today it is one of the great festivities of the province.  The interest of which is  driven by inhabitants of all regions.

The aim of this holiday is to value the task of dozens of families working in the chacinado industry. Rescuing the tradition of Piedmontese immigrants who arrived in the region, this event contributes to the stimulus of the sausages industry, and has given national fame to the home salame of Oncativo.

Between tastings and shows , the National Festival is a  goal.  Let's go?