Home Argentine Traditions A party that knew how to overcome adversities

The Puerto Madryn National Lamb Festival had its beginnings in the 70's and over the years it overcame pitfalls that prevented its normal development. 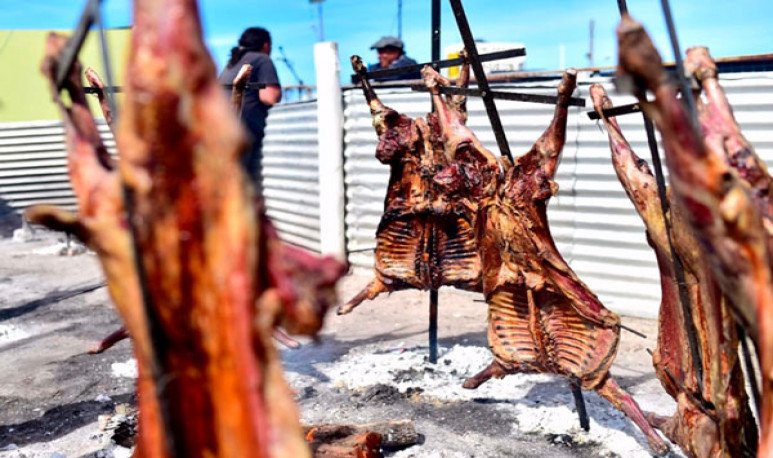 The Chubuten city of  Puerto Madryn  , in addition to having a rich history for being the point to which the settlers arrived in 1865 , has  a wide tourist offer for its extensive spa on the shores of the Argentine Sea, its beaches near the urban ejido and a popular celebration that has managed to overcome the vicissitudes that since its beginnings it has suffered:  the National  Lamb Festival .

It is an event that has its origins in the 70's, but has been interrupted due to the situation in the country in these 43 years.As well as extreme weather conditions, characteristic of  Patagonia , which have prevented its normal development: from droughts with extensive seasons without a drop of water falling into the sky, until the harsh winters that ravaged villagers and cattle.

It was in 1977 that the first Provincial Lamb Festival was held, which a year later obtained recognition as a National Festival. It is a four-day celebration that, in recent years, managed to consolidate itself by overcoming adversities and suspensions. The festival offers a varied program that includes cultural activities that are complemented by actions typical of the countryside such as shearing demonstrations, Creole skills and jineteada. Thousands of people arrive to Puerto Madryn who manage to enjoy the event and the beaches of Madryn, as well as take the opportunity to visit the surrounding towns.

The site of the festival  , which varies over the years, becomes a reflection of the life of the  Patagonian countryside  , allowing you to appreciate typical elements such as corrales, tranqueras, bretes, civers, tanks, drinkers, mills, feeders, bales, wheels, wagons and lanterns.

Another major event that takes place within the framework of the festival is the one that takes place with field dogs, trained for the haring of sheep. Some of the previously awarded canoes participate in the Provincial Festival of the Country Dog, which takes place in the town of Telsen, a village located in the north of the province on the  Somuncurá Plateau ,  territory that  Chubut  shares with  Rio Negro  ,  where it is said that there is evidence   of the  passage of the Templars,  who would have  arrived in Patagonia to keep the  Holy Grail hidden and safe.

A party that overcomes adversity

As mentioned above, the first (provincial) edition of the Fiesta del Lamb was held in 1977 and a year later it was granted national recognition.However, its organization and development since those years has been irregular, to such an extent that, until 2001, only thirteen editions had been made , when, if it had been done on a regular basis, the number would be almost double.

The extreme climatic conditions such as droughts -given that an average of 150 millimetres rains in the area per year- or the harsh winters with extraordinary snowfalls that affected livestock production, have also been added to other factors linked to the situation in Argentina.One such example was the  Falkland War, to which the memorios attribute “a depressive factor that affected the momentum of the organizers” and which also influenced the organization of the party not to be regular.

In 2001, in the midst of Argentina's crisis, a six-year stage began without one of the most exciting events in Puerto Madryn.Until, in 2007, the National Lamb Festival was reborn and began again to attract tourists and neighbors from surrounding towns who share shows, gaucho skills and enjoy a good Patagonian lamb.

This year the conjuncture again prevents us from being able to celebrate . Recently, the mayor of Puerto Madryn, Gustavo Sastre, considered that the appropriate thing to avoid crowds of people is to suspend the party, as he understands that you can not appeal to a virtual version, as has happened with other events. The heat of the people, the stoves, the stumps can not be transmitted in the same way as every year, so it was reported that in  2020 there will be no National Lamb Festival .

But, if this popular celebration taught us something, it is that this year's cancellation will only serve to return more strongly the next one, because it knows how to overcome adversities to be more firm than ever.